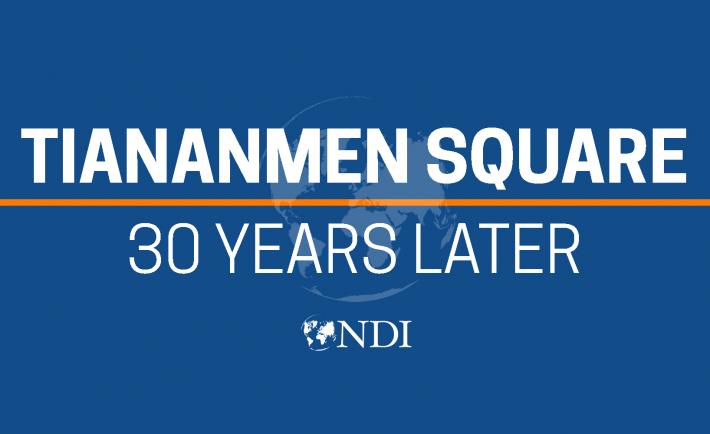 “Change often happens only when those called young and naïve demand it against all odds.”

Observing the Tiananmen Square demonstrations first-hand and up close 30 years ago was a turning point in my life.

Until then, I had never been anywhere close to history.

But there was never a question in my mind, while in the moment, that at that time, in that place, I was witnessing something historic, a revolution in action.

Millions of people poured into the streets in a celebration of freedom. One felt the Chinese government couldn’t possibly ignore this, let alone erase such dramatic, powerful images.

How could that be possible?

My brother and I arrived in Beijing for the first time in our lives on May 13, 1989, the first day of the hunger strike.

I had been living in Taiwan for several months, working as a copy editor at an English language newspaper.  My brother wanted to see China. We agreed to tour together, with a video camera in tow.

The demonstrations had begun in mid-April, but had receded the week before we arrived. I thought I was going to be present for a different historic moment: the first summit between communist rivals China and the Soviet Union in 30 years with the visit of Mikhail Gorbachev.

But the students had a different idea.

The first indication of something happening that first evening in mid-May was the jangling of bicycle bells as a large procession of students rode past.

We rushed to Tiananmen Square to see what was happening, and found ourselves in the middle of a small crowd.

I was careful.  I knew how the Chinese government would view Westerners mixing in the protest. I knew it wasn’t hyperbole to feel the government could brand us as CIA, and use that as an excuse to tar the entire movement.

Authoritarian governments cannot allow that citizens may have honest and legitimate concerns about their leadership.  It is always convenient to say the problem comes from troublemakers on the outside rather than acknowledge the rot from within.

The numbers grew by the day.  By the middle of the week, it was like a large, good-natured party everyone wanted to be part of.  Young people climbed onto lamp posts. Everybody was smiling, waving to each other.

Demonstrators would often ask us what we thought about what we were witnessing.  I would respond that the world was watching and was impressed.

I’m not sure everyone had the same demands, or even knew what they meant when they said they wanted democracy.

But they clearly wanted to be heard. They wanted a voice. They wanted an end to corruption and injustice.  They wanted basic rights and dignity as human beings in the hope of bettering their lives.

That was enough, it seemed, and reasonable. And at the time, impossible for the Chinese leadership to ignore.

I returned to Taiwan in late May to prepare for my return to the United States for graduate school.  The night before leaving Taipei, I remained in the news room alone into the early morning hours to write about my Beijing experience.

Sometime around 1:00 am, someone from the paper came in to say he had heard the military had begun to move violently through Beijing to end the protests. June 4 had arrived.

Years later, while working for NDI in the ‘90s, I met veterans of the Tiananmen protests.  We discussed how their fellow citizens now viewed them. Young, naïve, asking for too much too soon, they sadly responded.

Change often happens only when those called young and naïve demand it against all odds.

One can militarily suppress a movement for change, and try to erase it from a nation’s historical and cultural memory, but it’s much harder to suppress entirely and forever that natural human desire for rights and dignity.

I will never forget the students – and spirit - of Tiananmen.