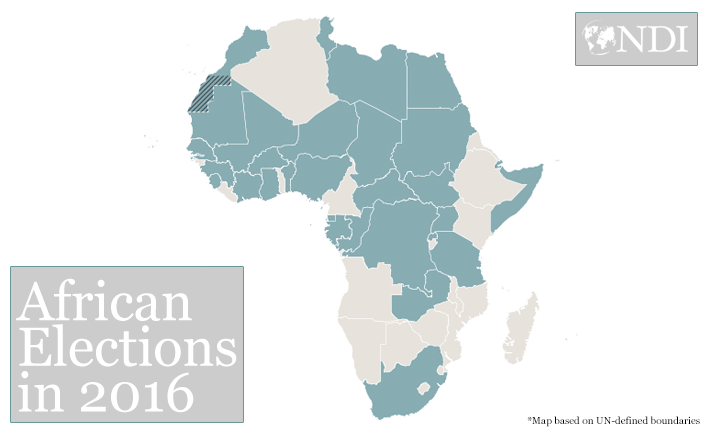 Over the course of 2016, a total of 32 countries in Africa will hold elections from local to presidential (view interactive map). Map is based on U.N.-defined boundaries. Credit: NDI CC BY-NC 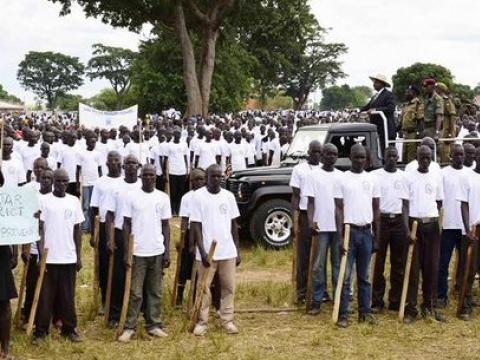 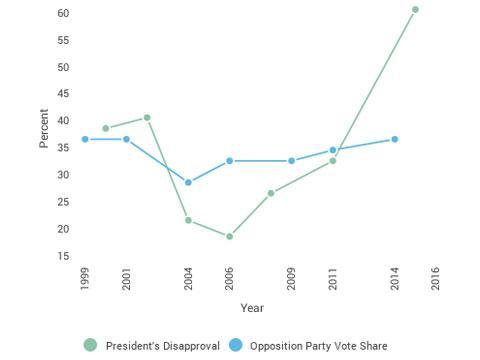 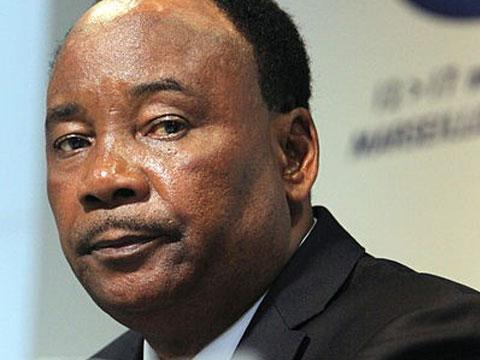 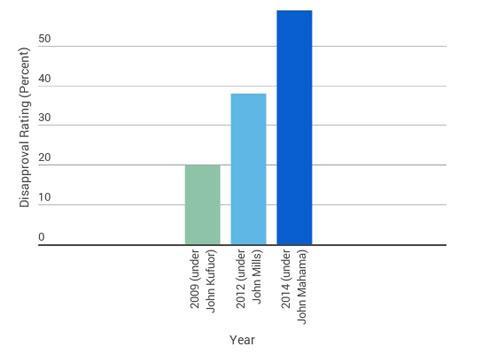 Editor's Note: Election dates mentioned in this blog post were correct on the day of publication, however election dates are subject to change. For up-to-date information on upcoming elections, please check NDI's Global Elections Calendar.

Africa is home to a wealth of political diversity and regime types. In 2015, elections brought about the first peaceful transfer of power to Africa’s most populated country, Nigeria, but also led to mass civil unrest and instability in Burundi. Over the course of 2016, 32 countries on the continent will hold elections from local to presidential. However, the context of each election varies not only in political landscape, but also in the strength of democratic institutions and norms embodied within each country’s political system. In countries like Ghana, political actors will compete in a fierce struggle of wooing enough voters amid an increasingly critical public. In Uganda, the competition will center upon establishing the rules of the electoral game, as a long-time ruler works to tilt the playing field in his favor. Understanding the political background of each election allows for a richer narrative in the journey toward democratic consolidation.

Yoweri Museveni and his National Resistance Movement (NRM) party have dominated Ugandan elections for the past thirty years, making him the fifth longest serving president on the continent. While Museveni will receive a strong opposition challenge from former Prime Minister Amama Mbabazi and Forum for Democratic Change (FDC) representative Dr. Kiiza Besigye, the February 18 elections are unlikely to usher a shift in political leadership. Museveni cruised to victory during the previous presidential election in 2011 with 68.4 percent of the vote, but a 2015 pre-election poll indicates a much smaller lead this cycle. Museveni’s lead is now within the margin of error of a 50 percent threshold that could force a runoff election with the second place finisher. Museveni has attempted to derail opposition challengers by attempting to bar previous NRM members from running as independents and refusing to participate in public debates. Mbabazi notably left Museveni’s ruling NRM party to run as an independent after it became clear that Museveni would run for a fifth term. His campaign outspent the collective opposition by a factor of twelve in November and December. Moreover, the Ugandan National Police has initiated a program to recruit thousands of volunteer “crime preventers.” This, along with other forms of state-sanctioned intimidation, has been condemned by the U.S. State Department and watchdog groups, such as Amnesty International and Human Rights Watch.

While incumbent President Mahamadou Issoufou looks set to win reelection in the absence of a significant challenger, the elections in Niger this year will prove an important gauge by which to measure resilience of the country’s new democratic institutions. After a military-led coup in 2010, the country experienced a relatively successful political transition that resulted in a new constitution and general elections in 2011. But internal factors, such as persistent corruption, poverty (Niger ranked last in the UN’s 2015 Human Development Index), human rights abuses, and external factors, such as regional instability caused by an upswing in terrorist activity, continue to threaten Nigerien democracy. Issoufou has presented himself as a strategic partner to the United States, which currently operates two drone bases out of the country. Despite close ties to the U.S. on security issues, Issoufou has shown a propensity to prioritize his own political longevity over the political development of his country. The arrest of former prime minister Hama Amadou who returned from exile last year to stand in the elections is a prime example. Credible elections, political inclusion and socio-economic development will be vital to improve the wellbeing of Nigeriens and consolidate the Nigerien democracy.

As Tanzanians cast their votes in the general election on Oct. 25, 2015, it came as little surprise that the ruling Chama Cha Mapinduzi (CCM) party once again secured the presidency and a majority in parliament. What was shocking was the conduct of the election in the semi-autonomous region of Zanzibar, where the head of the Zanzibar Electoral Commission (ZEC), Jecha Silim Jecha, unilaterally annulled the results three days after the election. This came soon after the opposition leader of the Civic United Front (CUF) had declared victory as the new president of Zanzibar on October 26. The legality of Jecha’s annulment has been called into question by both domestic groups and international actors. With the rerun election scheduled for March 20, CUF is still refused to accept the annulment, stating that it will boycott the coming polls as it seeks a resolution through the courts. Another troubling development around the last elections was the enactment of Tanzania’s new Cybercrime Act, a controversial law that has enabled security forces to arrest 200 people, including opposition volunteers and civil society workers, for collecting data on the conduct of the election. Both the Zanzibar annulment and this recent information-crackdown have damaged the reputation of electoral conduct in Tanzania.

4) Opposition Parties Get their Chance in South Africa

Though the date is yet to be announced, South Africa will hold municipal (or local) elections this summer. Since the end of apartheid, the ANC has never received less than 60 percent of the vote in either general or municipal elections. An assortment of both institutional and individual factors are pointing to a country ripe for political transformation. The main opposition party, the Democratic Alliance (DA), is working hard to prove that it can represent the interests of both white and black South Africans with Mmusi Maimane as the new party leader, and the Economic Freedom Fighter (EFF) party will for the first time contest the local elections. After winning reelection in 2014, President Jacob Zuma faces an uphill political battle brought on by a lackluster economy and currency inflation (worsened by a slump in exports to China), as well as the highest official youth unemployment rate in Sub-Saharan Africa. Zuma’s popularity was also stung by corruption scandals and the startling dismissal of Finance Minister Nhanhla Nene in December 2015. Disapproval of Zuma has reached a fifteen year high of 62 percent in 2015, and may signal a new opening for opposition parties moving forward. If voters’ disapproval of Zuma is reflected at the polls, opposition parties will likely take control of most of the country’s most important urban areas and gain valuable inroads ahead of presidential and legislative elections, which will be held in 2019.

5) A Chance at Redemption for Zambia’s Opposition

The death of sitting President Michael Sata dramatically changed Zambia’s political landscape in October 2014 as parties spun into high gear to nominate a presidential candidate and campaign ahead of the Jan. 21, 2015 by-election. While the ruling Patriotic Front’s (PF) candidate, Edgar Lungu, was elected to finish out Sata’s term, opposition candidate Hakainde Hichilema of the United Party for National Development (UPND) lost by only 1.66 percent of votes. Campaigns have continued unabated, as the regularly-scheduled general elections are to be held this summer. The disintegration of the former ruling Movement for Multi-party Democracy (MMD) party, a steady rise in election-related violence, and the recent passing of a watered-down constitution that moves the country into a majoritarian (50+1) election system have added to the drama surrounding the upcoming election. The economy will likely remain the primary campaign issue as mining-dependent regions like Zambia’s Copperbelt have been hemorrhaging jobs due to low copper prices. Zambia also had the highest currency inflation on the continent in 2015. A dissatisfied electorate has created opportunities for opposition parties like the UPND to bolster their support. Under pressure, the ruling party has overseen an uptick in politically-motivated violence and an unbalanced application of the Public Order Act to restrict opposition party campaigning. In light of the neck-and-neck result of last year’s by-election, the political environment is likely to get even more heated as the summer approaches.

With a history of closely contested electoral contests between the two largest political parties, New Patriotic Party (NPP) and the ruling National Democratic Congress (NDC), Ghana’s 2016 presidential and legislative elections may bring an end to the NDC's and President John Dramani Mahama’s political dominance. Ghana has experienced lackluster economic growth, currency inflation and poor performance in the government’s delivery of basic services. These economic pressures combined with a string of corruption scandals surrounding government contracts and high-level payouts have left citizens angry and disillusioned with the current political administration. This frustration was compounded by an eight-month Supreme Court challenge following the 2012 election and reflected in a decreasing approval rating of the performance of the past three presidents in public opinion polling. The elections will hinge upon whether Mahama can defend his handling of the economy and campaign as effectively as he did during his 2012 run. With the reins of power threatening to slip through the NDC’s fingers, Mahama will need all of his charisma and an improving economy to hold onto power this year.