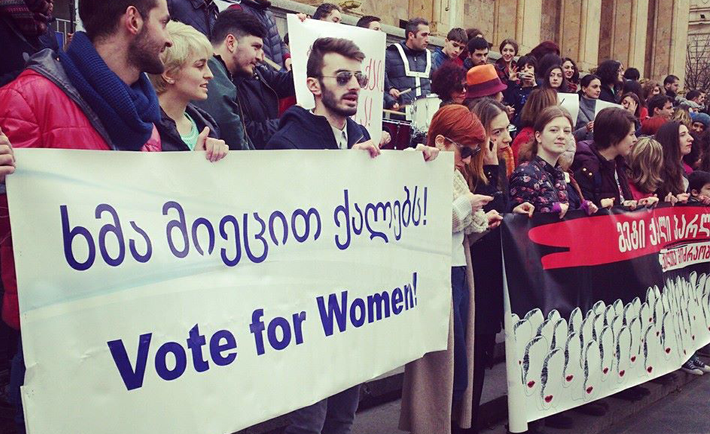 Georgia lags behind most European countries when it comes to women’s political participation. Only 12 percent of the members of the parliament are women and only 11 percent of those in local councils are women. That is a just a 5 percent and 1 percent improvement respectively compared to parliamentary and local council elections in 2008 and 2010 respectively. Out of 12 directly elected mayors of self-governing cities, not one is a women and all 63 directly elected governors are men. Women make up only 17 percent of the Cabinet of Ministers.

While local groups and international organizations have prepared a pool of women to run for office, few efforts to elect women have succeeded. In 2011, Georgia introduced financial incentives for political parties to include more women in leadership positions by guaranteeing additional state funding to parties that included at least 30 percent women on their lists. But neither the governing Georgian Dream coalition nor the United National Movement, the party representing the previous administration, has taken advantage of this regulation while in power.

The public, however, seems to be ready for greater gender equality. NDI public opinion research from last fall demonstrated dissatisfaction with the low level of female representation, with 64 percent of Georgians believing there is no gender equality and 68 percent supporting the adoption of mandatory gender quotas. In June 2014, the Task Force of Women’s Political Participation, a joint advocacy platform for local and international organizations working on women’s political empowerment created with NDI’s support, concluded that temporary mandatory measures were the only way to reverse the imbalance in the foreseeable future. And they have started advocating for mandatory gender quotas in the lead up to the fall 2016 parliamentary elections. The quota, if adopted in its current form, will put women at 25 percent representation (38 women MPs out of 150). Even this minimal quota faces opposition. Some men and even some women say that this would be too much of a change at too fast a pace. 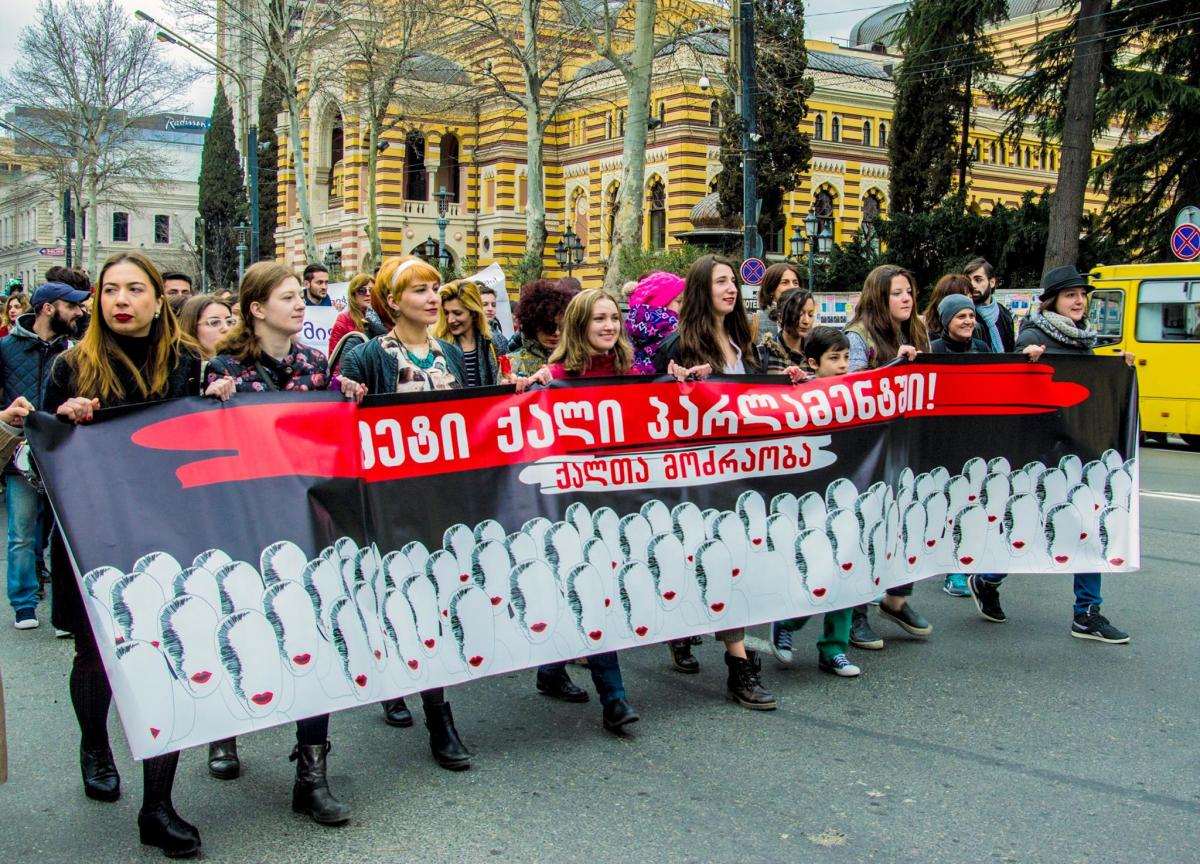 Will we be able to close the gender gap anytime soon without positive state-mandated action? Even the most optimistic studies predict that at the current rate of progress, gender parity in politics worldwide will not be reached for another 50 or so years. Furthermore, closing the gender pay gap between men and women won’t be achieved until 2095 if we only use voluntary negotiated increases. So it will take decades to close a gender gap without state intervention to mandate change.

Meanwhile, women in Georgia are being attacked, assaulted and sometimes murdered just because they are women. Last year alone, more than 20 women were killed by their partners or former partners because they had chosen to leave men they once loved, or because they decided to exercise greater freedom and pursue a career outside the household.

On Nov. 25, 2014, thousands of people in 23 Georgian cities took to the streets to protest gender-based murder. This was a big accomplishment for Georgia. At the scale of the U.S., it would be the equivalent of hundreds of thousands of people in hundreds of cities. That’s how Georgia’s Women’s Movement started to come into being. And the Georgian people, both men and women, demanded that the government put on a bigger effort to investigate these murder cases and provide a greater level of protection for women.

Some argue that a critical mass of women with decision-making power would change policies, such as the way public resources are allocated so more girls are able to finish high school, the number of early marriages would decrease, the pay gap would close and there would be better provision for women’s reproductive health -- the list goes on and on. Thirty percent is the so-called “critical mass of women” that needs to be present to start affecting the agenda and policy decisions.

For example, the U.S. Senate Armed Services Subcommittee on Personnel held a hearing on a widespread sexual assault in the armed forces only after it had six female members, including Sen. Kirsten Gillibrand who chaired the subcommittee. It was the first Senate hearing on this matter in nearly a decade, despite the Defense Department itself estimating that there were more than 50 cases of sexual assault each day in the military.

I believe that had there been the same critical mass of women in decision-making positions in Georgia, looking out for the interests of women, there may not have been a need for people to take to the streets, and some might argue that some of the women who died in 2014 might still be alive. So when people ask “why women’s political participation?” I say the answer is “what else?” because women are best positioned to represent women and protect their interests.

Maka Meshveliani
Maka Meshveliani is a senior program officer at NDI’s office in Georgia and the 2015 Andi Parhamovich Fellow. She is also actively involved in the women’s movement and is working to create more...
Connect with the author
Twitter
LinkedIn
NDI