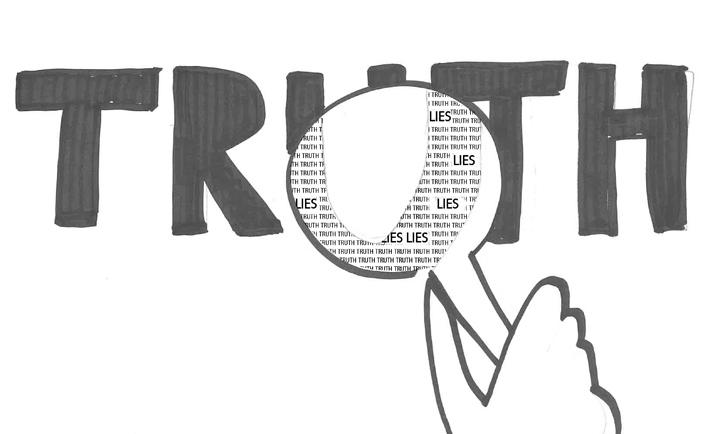 Elections are one of the most critical elements of any democratic system, but also one of the moments where democracy is most vulnerable. Politicians compete to take control of the executive, become representatives in legislatures and sometimes appoint judges across branches of government, and the information environment plays a crucial role in the debates that decide who will represent the will of the people.

This environment is increasingly mediated by the internet, through social media platforms, messaging apps, email and a wealth of new tools and applications that come online every day. Unfortunately, this new online environment is also increasingly polluted by disinformation (false information passed with the intent to mislead), misinformation (false information passed without intent to mislead), computational propaganda (automated means of promoting content, for example through bots or trolls), hate speech and other forms of negative content. These often viral campaigns can have serious impacts, potentially confusing voters, reducing turnout, advantaging certain parties or candidates, or weakening faith in public institutions, parties and the media, which overall constitutes a serious assault on the integrity of a critical democratic process.

Last fall, NDI piloted its first in-depth examination of the information environment as part of its international election observation mission to Georgia’s 2017 local elections. The mission looked at all aspects of the online ecosystem, ranging from civil society organizations, the national media, potential disinformation campaigns and searched for instances of the use of coordinated networks of bots and trolls. NDI staff coordinated research and analysis, and adapted a tool called Politifilter to track Facebook groups from across the political spectrum. This project is being replicated in other contexts where NDI supports election observation missions, adapting applications like Politifilter and developing new research and analytical methods to comprehensively monitor traditional and social media during an election campaign.

Other major elections in 2018, both past and upcoming, provide myriad examples of new ways for observing elections to understand what is happening during the process, assess the social media and general information landscape and offer ideas for the future.

Mexico has proven to be one of the most hard-fought national electoral battlegrounds of the year, as it elected a new president, Andres Manuel López Obrador, 128 members of the Senate and 500 members of the Chamber of Deputies. The online social media space played a major role in attempts to mislead voters, as negative attacks on candidates augmented by computational propaganda surged on online platforms like Facebook, Twitter and WhatsApp.  Discussions of foreign interference abounded, including a payoff to Cambridge Analytica, the big data outfit that provided analytics in past for various parties competing in elections around the world.

Domestic civil society and media organizations like Animal Politico and Social TIC have been monitoring media of all forms, and developing their own tools for fact-checking and tracking online disinformation, computational propaganda and other content throughout the election. In March, NDI partnered with the Mexico’s National Electoral Institute (Instituto Nacional Electoral, INE) to hold a forum in Mexico City where election officials, civil society organizations, academics and media could survey the landscape in the run-up to the election, learn about international responses, discuss tools, and engage in conversations with representatives of major tech companies like Facebook, Google and Twitter. NDI also brought together election monitoring, democracy and technology organizations to collaborate on these issues through directed workshops. The organizations highlighted a number of ways to fight these trends together, especially through smarter content moderation, and better information and media literacy in the population as a whole. Election management bodies like INE play an increasingly crucial role in mediating and regulating the information space and working to ensure that campaigns follow the law online, just as they are required to do in the traditional media.

Brazil will be host to another major Latin American election later this year in October. Civil society groups have combined to draft and circulate a set of principles known as #NãoValeTudo (Not everything is acceptable) that pushes civil society organizations, parties and candidates to commit to nonuse of bots and other forms of computational propaganda, while calling out and disavowing disinformation.

The media is another critical component. Fact-checking groups in Brazil such as AosFatos (To the Facts) and Agência Lupa (Magnifier Agency) have partnered with major media companies and the First Draft coalition, an international project of Harvard University's Shorenstein Center and the Omidyar Network, to keep tabs on disinformation within the country through its Comprova initiative. Both of the Brazilian fact checkers and many others are part of the Poynter Institute’s International Fact Checking Network, which helps to broaden and deepen their commitments to globally recognized best practices and principles. Internationally backed multi-stakeholder groups drawing from media, academia and the broader research community can perform powerful checks on disinformation in election environments, augmenting the work of traditional election and media monitors for our new online reality.

NDI is developing partnerships in contexts around the world to develop new monitoring and observation capabilities for social media and the online environment as a whole, building on its work to improve the veracity and integrity of information in political systems such as Georgia. With partners in contexts ranging from Colombia, Serbia and Ukraine to Nigeria and Taiwan, NDI is looking to test and implement new techniques and tools as part of a program to counter disinformation, improve discourse and ensure information integrity in democratic systems throughout the world. NDI is also working with nonpartisan citizen election monitors to more thoroughly assess their information environment and incorporate disinformation monitoring into their broader election observation initiatives.

Social media and technology companies themselves play a huge role in this equation, and they are being increasingly called to account for the systems they manage. NDI, alongside partners in the democracy community, are developing a coalition to connect and push these companies to design their systems for democracy, such as through a hotline to quickly respond to online attacks on political parties, or cybersecurity training for campaigns, media and civil society organizations. Simultaneously, tech platforms and firms need help to reexamine their own systems, content moderation and policies with the help of researchers in contexts globally. Simply providing knowledge and understanding of a particular national political system and language, and connecting these companies to the right people and organizations in these societies can play a huge role in improving dialogue between these multifarious groups and tech companies.

We are facing crises in democracies all over the world, critically driven by new online systems, but by improving the capabilities of parties, election management bodies, civil society, the media, and companies to better understand what is happening in real time and respond, we can collectively chart new paths to solutions for a better, open, democratic and equitable future.