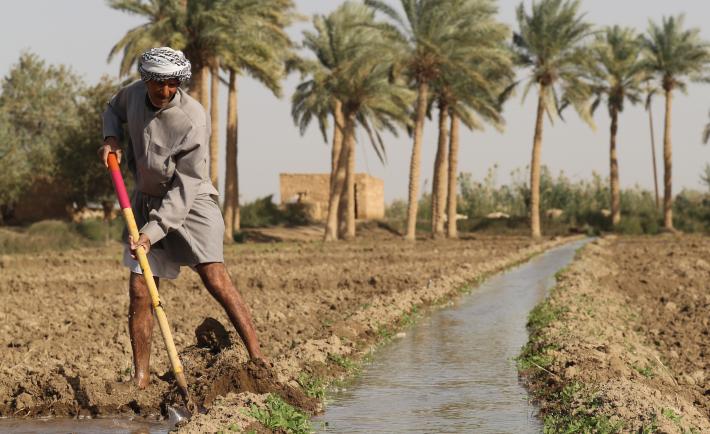 In fragile states, democracy needs, even more, strengthening in times of pandemics as citizens and institutions are exposed to increased vulnerabilities. In some cases incipient dialogue and reconciliation networks may break down as social groups turn inward as a self-protection reflex, cultural barriers might exclude women and other marginalized groups from receiving healthcare, and armed groups might exploit the situation to increase their influence. In addition to the extraordinary effort of medical personnel providing life-saving health services, governments, civil society, and citizens alike need to do their part.

Trust in institutions is key to citizens’ compliance with measures that restrict individual liberties. Extraordinary measures, such as declaring a state of emergency, restricting movement, and mobilizing emergency funds, come with an increased need for government leadership and responsibility. The government’s response needs to be measured and expenses appropriate, though. More than ever, the executive branch of the government should allow parliamentary control over policy implementation, because lack of proper and functional oversight mechanisms may lead authorities to abuse—or be seen as abusing—their powers.

As multiple priorities will compete for limited resources in the coming weeks and months, political parties should build political consensus not only on ways to manage the current health crisis but also on a path to socio-economic recovery over the coming months.

Strengthen social solidarity. The distribution of resources to treat medical cases—and to protect communities at large—should be and viewed as being fair; a sense of inequity can lead to deteriorating social cohesion due to perceptions that some regions or ethno-sectarian groups are getting more than their fair share. Encourage cross-group networks of solidarity that complement government efforts.

Demonstrate effective leadership and communication. Political leaders have a duty to make tough decisions, but also reassure citizens and inspire those in the frontlines of the fight against the coronavirus. Leaders should explain the strategy, and show empathy, letting experts tackle medical and legal details. The government should communicate often, with “one voice,” and with clarity. Always tell the truth—misleading information or manipulated statistics tend to avenge quickly, especially in an age when everyone can easily share information using smart devices. Also, keep in mind that preexisting socio-economic and political issues will not disappear during this time; constituents still need access to services, jobs, safety, etc.

Media and citizens need to exercise good judgment and critical thinking to avoid creating panic and inflicting unnecessary suffering on the already stressed population. Deliberate disinformation is meant to sow confusion, distrust between social groups, between citizens and their government, and lead eventually to doubt that democracy can delivery in times of crisis.

Have a positive outlook—acknowledge the effort and give hope. People need inspiring models, and strong characters are forged in difficult times. Moreover, fragile countries need positive stories of challenges to overcome together to spawn a sense of resilience and pride. All should praise the hard work and commitment of first responders and try to instill the same values of self-sacrifice, discipline, and resilience across the public sector and the society at large. Last but not least, decision-makers should project hope and explain how the country and the society will be transformed and made stronger, how it will be more cohesive, through a rediscovered sense of common purpose.

Ancuta Hansen
Ancuta Hansen is an international development expert with more than 20 years of experience in countries in conflict and in transition to democracy. Ancuta joined NDI in 2010. Her main areas of...