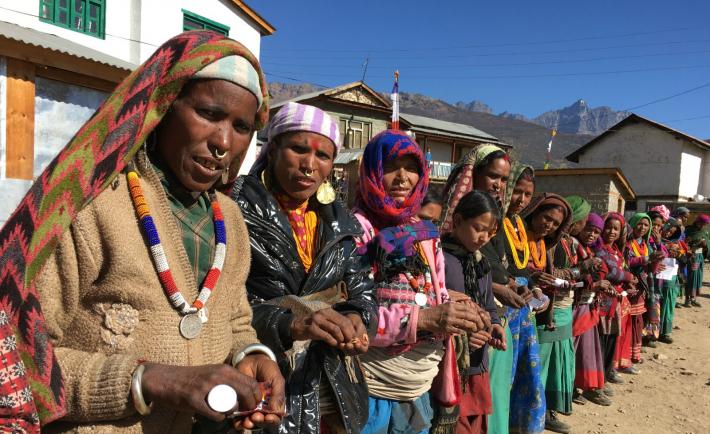 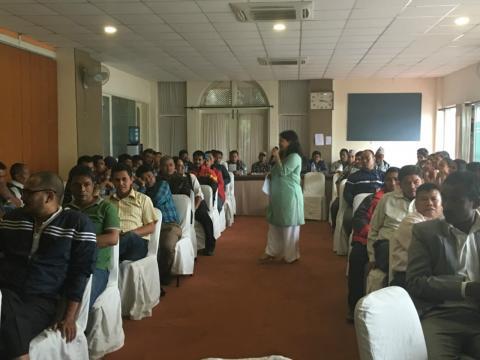 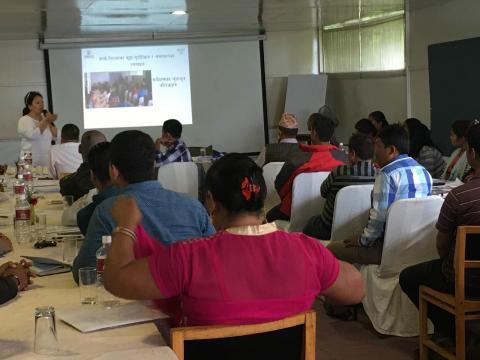 Prior to my work with NDI, the term “democracy” in Nepal seemed to imply a group of leaders fighting for power, without regard to the norms and values of democracy. Democracy was not for the people, of the people and by the people, but for the leaders, of the leaders and by the leaders. This perception commonly held by political parties in my country made me think - did democracy really exist? Will future generations adopt and carry the same values that we practice in our daily lives or will they bring about changes?

Back in 1998, I joined NDI as an office assistant and had limited knowledge of the political processes in Nepal. Over the past two decades, politics has become a part of my life and I enjoy working with politicians and political parties. It has been an enriching experience and has opened new horizons for me, while helping me understand political parties better. Currently, I work as the Senior Program Manager for the NDI political parties program in Nepal. I look after all the components of the political parties program including our work with women’s wings and with youth. I feel even more fortunate to work with the women’s wings; as a woman myself, I share a close bond with them. Most of our activities focus on empowering women politically, socially and economically.

I received the second Andi Parhamovich Fellowship Award in 2010, and I feel honored to take the legacy that the young Andi left for us. During my work with NDI, I have traveled to 60 out of 75 districts of Nepal some of which are extremely difficult to access. Recently, I traveled to Humla, a very isolated district in Karnali (pictured here), accessible only by air, with the women’s wing of a political party. The party had organized a training for women in this district after a gap in training of almost three years. The training was organized mainly to prepare female candidates for elections in response to the constitutional requirements of 33 percent women in state bodies and 40 percent women in local elected bodies. Along with other experts, I led training sessions focused on parties at the local level, on conducting citizen surveys, on preparations for local elections and on inclusion of women’s rights in the new constitution, among others. I have used the skills and knowledge I learned during the Fellowship, specifically adult learning techniques, while leading these sessions. It is so rewarding when leaders comment that my training technique is practical and memorable.

Change does not take place overnight. In late September 2015, the new constitution was put into effect. For the first time, the new constitution included the right of women as mothers to confer citizenship on children. Women leaders across political parties, with NDI support, had advocated for inclusion of this right in the constitution. Until and unless women are empowered, they will not be able to stand up for their rights. The Fellowship has played a vital role in this success: by empowering me to become a better leader and to seek and fight for my rights, I, in turn, have shared with women leaders in my country. Thus, Andi will live on for years and years, as she will continue to touch the lives of countless women all over the world. Often unknown and unappreciated, these women are, in their own way, working to strengthen democracy.

Sushmita Subba Manandhar
Sushmita Subba is a senior resident program manager with NDIs Kathmandu office. Sushmita joined the Institute in 1999 as an office/program assistant and office manager. She now coordinates and...