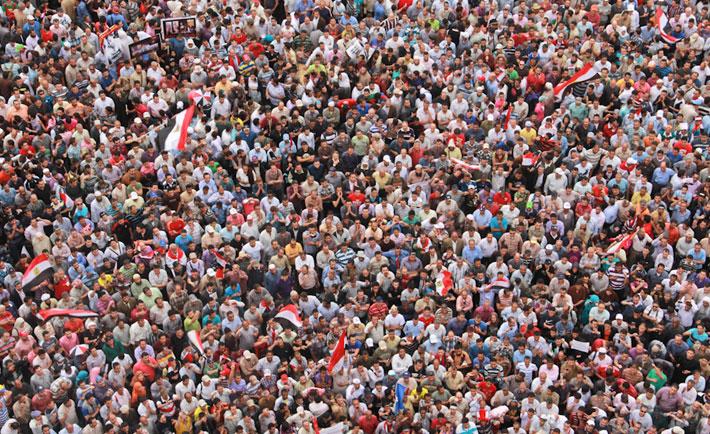 Supporting citizens to enhance their civic voice, expanding space for political participation and improving government accountability are interrelated objectives for NDI programs. Each week, the Citizen Participation team shares a resource with NDI staff that provides innovative perspectives and new research for working towards those objectives. Reflecting the recently announced theme for International Democracy Day 2015, “Space for Civil Society,” two of this month’s resources contribute to a growing body of literature on how to measure and expand civic space, particularly in societies where the operating space for civil society organizations is closing. Two other resources challenge the outcomes-based approach to policymaking and instead emphasize the importance of inclusive decision-making.

Here are this month’s resources from the Citizen Participation team:

“Improving the Measurement of Civic Space” by the Transparency and Accountability Initiative aims to inform the creation of a global index to measure civic space. Civic space is the freedom and means to speak, access information, associate, organize and participate (see diagram, page 28), and ample civic space is a precondition for a healthy and functioning democracy. Creating a robust, credible measure of civic space would enable more effective advocacy for its protection and enablement. The report outlines pros and cons of four research methods for developing such an index and concludes that a measure based on in-country, participatory research has the greatest potential to produce credible and useful results.

The “2015 State of Civil Society Report” by CIVICUS is a comprehensive “year in review” of civil society’s global achievements, challenges and threats. Last year, rights to free association, assembly and expression were violated in 96 countries. Civil society organizations (CSOs) that seek political change were particularly under threat because they challenged existing power structures. This report highlights case studies from all around the world and focuses on strategies for supporting these change-seeking CSOs. Attacks on civil society exist in various forms, including restrictions on CSOs’ ability to receive funds; onerous regulations and reporting requirements; misuse of laws, such as those on public order; demonization of civil society in political discourse; judicial harassment and imprisonment; and verbal and physical attacks on activists. Building international networks and coalitions can be a valuable strategy to challenge these restrictions and expand political space for civil society.

Deliberation is the process by which a group of people, each with equal voice, can reach an agreement through discussion and debate. Looking at the intersection of deliberation and democracy, World Bank Group’s Deliberation and Development: Rethinking the Role of Voice and Collective Action in Unequal Societies examines the power of deliberation to increase citizen participation and reduce inequality. Platforms for deliberation, such as community forums, provide space for people who may not otherwise have a voice to express their needs and concerns and bring new perspectives into mainstream political discourse. Effective deliberative processes require that other participants consider these perspectives when reaching an agreement. Development organizations that want to include deliberation in their programming should support more inclusive practices in existing deliberative platforms, rather than re-inventing the wheel. The process of decision making and the platforms used for deliberation are often as important as final outcomes.

NDI supports various forms of dialogue to achieve both immediate and long-term democratic development objectives. Important considerations on supporting deliberation and examples of successful NDI programs are highlighted in the Citizen Participation team’s Civic Update on the Role of Dialogue in Deepening Democracy.

Click here for an archive of past resource digests.

Jenny Tumas
Jenny Tumas is the project assistant for the National Democratic Institute’s citizen participation team. She is currently a master’s degree student studying political science at the University of...
Connect with the author
Twitter
LinkedIn
NDI