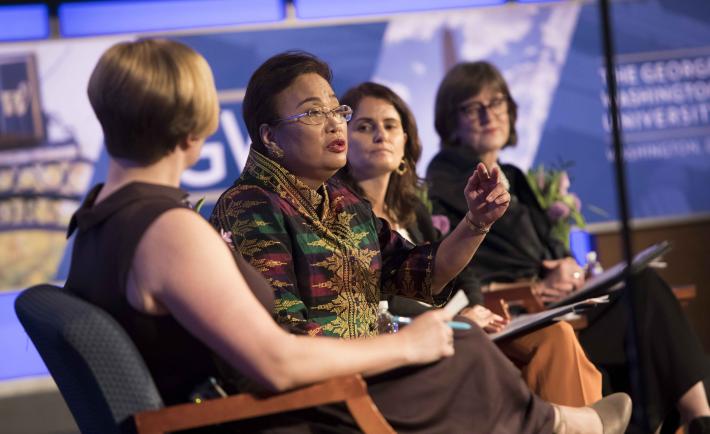 On the occasion of my first International Women’s Day as NDI's president, I want to reaffirm the Institute's commitment to championing women leaders around the world who are stepping forward, often under extremely difficult circumstances, to confront persistent obstacles to their political participation.

Despite the significant progress made in women’s political participation in recent years, there remains substantial resistance to women assuming positions of political power. Seventy-five percent of all legislators in the world are men; 65 percent of them are over the age of 40.

Political equality – for women and for young people – remains one of the highest hurdles democracy still faces.

NDI supports the efforts of women all over the world to overcome barriers to their political involvement, including ending the gender-based violence that targets politically-active women.  This aggression may come in the form of discrimination and psychological abuse – including online threats – as well as physical and sexual attacks.

To help address this issue, NDI has launched think10, a groundbreaking safety planning tool that guides women in politics on actions that may reduce their vulnerability within their particular political context.

While the risks to politically-active women cannot be reduced to zero, think10 can help enhance women's personal security, whether they are electoral candidates, party members, elected officials, voters or civic activists. Click here to learn more.

I encourage you to pass think10 to any and all women you think would benefit from learning about this new tool.

Thank you as always for your support to NDI, and to our work on behalf of women leaders worldwide. Have a great International Women’s Day!