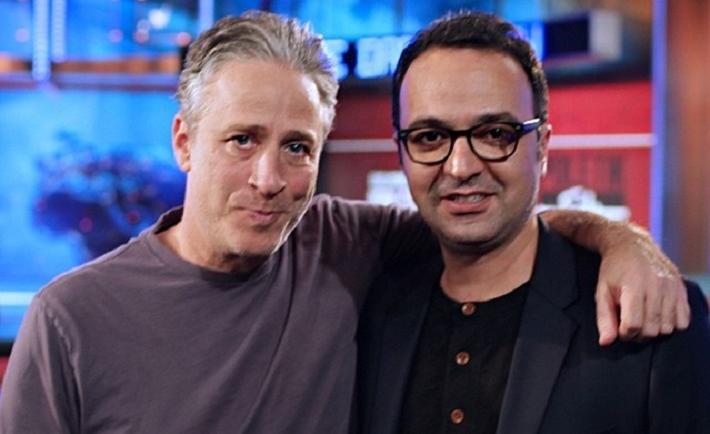 Though the studio lights have dimmed for the last time on Jon Stewart’s tenure as host of The Daily Show, his brand of political satire -- which aimed to keep leaders accountable, the media honest and youth interested in government -- shines on through its immense success with young audiences at home and abroad.

The Daily Show sparked a new era of political satire, a step beyond the traditional editorial cartoon, satirical magazine and occasional political joke on late-night television. In the United States, Stewart’s style of “fake news” revolutionized not only satire in (and of) the media, but how youth engage with politics.

According to a 2012 survey from Pew Research Center, nearly 40 percent of The Daily Show’s regular viewers are between 18 and 29, though this age group accounts for only 23 percent of the population. The tongue-in-cheek wit attracted over a million nightly viewers, politicians and pundits from all over the political spectrum.

Stewart’s legacy endures not just in the hearts of American youth, but in countries across the globe where young people strive to have a voice in the political process. Bassem Youssef famously applied Stewart’s format in Egypt with Al Bernameg (The Program), and Kambiz Hosseini and Saman Arbabi host the immensely popular “Iranian Daily Show,” Parazit (Static), both netting tens of millions of viewers. Satirical election coverage, too, has reached far and wide: Armenian spin-off ArmComedy appeared in time for the country’s 2013 elections; for the 2009 elections, Portuguese comedy group Gato Fedorento hosted Daily Show-themed elections coverage.

Spin-offs have not only replicated the popular success of The Daily Show, but also the show’s ability to get young people interested in politics. “We were at that time the only one in our country who did [comedic political commentary],” Youssef said. “But now the Internet is full of young people coming up every single day to combat fear, intimidation and media deception...We have inspired a whole generation to go out there and express themselves in their own way.”

“When Kambiz talks, you feel that you have just seen him in the street, the same jokes and same preoccupations as those of today’s youth in Iran. What matters to us is important to him, too,” explained a fan of Parazit.

“When presented in the fake news format, these shows satirize both politics and the media,” said Dillon Case, Managing Director of Pilot Media Initiatives, a group that aims to increase civic engagement globally through political satire. “Young viewers get hooked through comedy, and incidentally learn about current affairs. As a result, young audiences improve their political efficacy and ability to participate in political processes. If every country had its own Daily Show, we’d be living in a funnier and better-informed world.”

Satire as a democracy-strengthening tool has met its match in the places it is most needed: struggling democracies. Al Bernameg and Parazit are unfortunately examples of this as well. Youssef canceled his show after he felt threatened by Egypt’s new military regime, and Parazit is broadcasted to Iranian audiences from the safety of the United States.

Despite setbacks, hopes are high for this sort of edgy satire to continue encouraging youth participation and government accountability globally. Along with these (and many more) successful spin-offs, groups like ArmComedy and many satirists in the Middle East continue to operate despite the dangers. The popularity of other satirical programs, such as Nigerian puppet show Ogas at the Top, signal the ever-growing promise for Stewart’s model of political comedy to spread to new countries and inspire even more young people to take their democracy in their own hands.

Kate Cyr
Kate Cyr is a project assistant on the Public Affairs team.
Connect with the author
Twitter