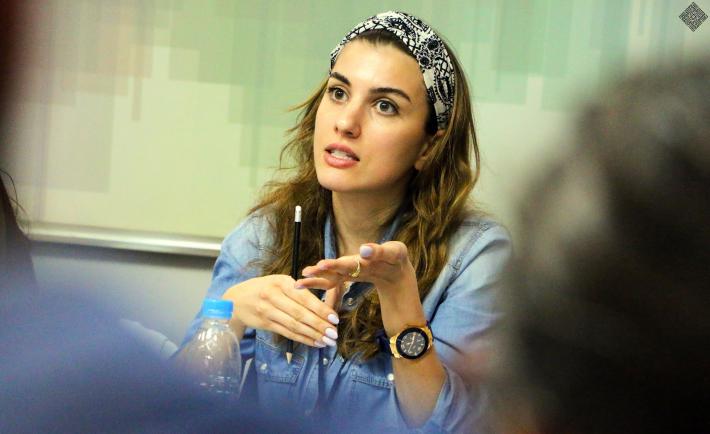 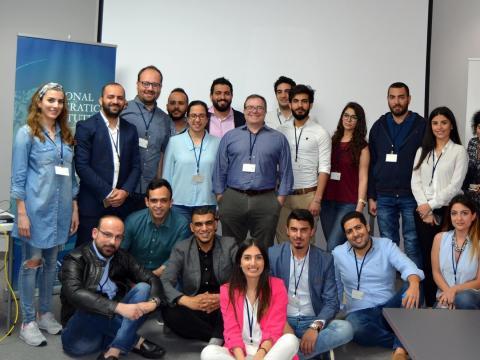 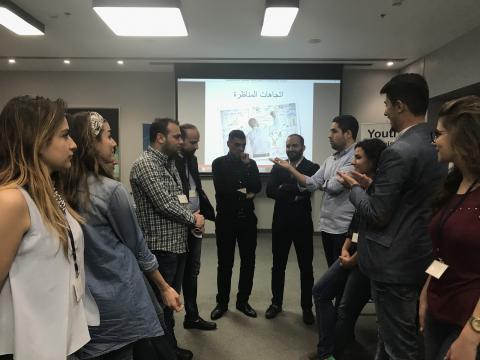 Young men and women debate different priority issues during the Youth Activism Academy which was held on May 6 and 7, 2017
Prev Next

Youth in Lebanon have not had much opportunity to learn about democracy or how they can be involved in democratic governance. NDI conducted a survey in April 2017 suggesting nearly one-third of the electorate has never voted in parliamentary elections—not because they do not want to, but because parliamentary elections have not been held in the eight years since they became eligible to vote. Yet, despite the challenges they face, many young Lebanese men and women are highly motivated to act to improve their living conditions and basic rights.

To help address this problem, NDI has been working for several years empowering youth to play a greater role in politics, working with local partners across Lebanon to provide training on how to have an impact on political decisions at both the municipal and national level. Hundreds of youth have already been trained and some have even run for and been elected to office.

In March 2017, NDI launched Youth Forward, a program that aims to strengthen youth-led advocacy efforts and help create avenues for young women and men to make more tangible contributions to public policy in Lebanon by promoting effective, meaningful dialogue and collective action. What makes this program unique is that it will bring together youth activists from civil society organizations (CSOs) with youth members of political parties to coordinate, build and implement advocacy campaigns. Relations between CSOs and political parties in Lebanon have historically ranged from non-existent to tense. Youth Forward aims to bridge this gap by enhancing dialogue between both entities and bringing together different points of views in order to achieve a common goal.

To kick off the program, NDI held a two-day Youth Activism Academy, a practical skills building workshop in which youth activists from CSOs and five major political parties participated in sessions designed to help them refine and jumpstart the advocacy work they are doing at both the local and national level. Youth Forward trained young men and women between the ages of 21 and 30 on the topics of negotiation, coalition building, and conflict resolution—an essential aspect of addressing Lebanon’s inter-party tensions and the need for improved relations between CSOs and political parties.

During the Academy, NDI facilitated networking between participants on advocacy efforts around issues of mutual interest and will continue to liaise between youth-led local organizations and political party youth wings. This facilitated collaboration is vital because it creates channels of communication between youth with different political backgrounds, which in most cases relates to religious affiliations and beliefs, and encourages them to work jointly by coming up with action-oriented plans and initiatives to create positive changes within their local communities. By bridging the gap between youth from political parties and civil society, this program creates a network of youth leaders, who are essentially the future leaders of Lebanon and who respect one another’s opinions no matter how different. Without the support of political parties, it is very difficult for civil society activists to achieve the reforms they have requested. Without this open communication, the relationship between both major actors will remain fragile. Instead of continuous frustration with a highly corrupt government, Lebanese youth are able to build a brighter future for themselves, based on open, strong and healthy relationships.

Throughout the training, participants discussed methods to:

Under the environment theme, participants outlined an action plan to safeguard public spaces in Lebanon, particularly in Ramlet el Bayda and Dalieh, which border Beirut’s coastline, and are about to be replaced by a series of private resorts and restaurants. Participants designed a strategy to raise awareness on the importance of protecting and preserving public spaces in Beirut, which will be launched in July 2017. Under the good governance theme, youth plan to advocate for the implementation of the “access to information” law, provide technical support to the responsible governing bodies and raise awareness on how this law, if implemented, can help fight corruption—a priority amongst most—if not all— Lebanese citizens today. Finally, participants’ third action plan related to security and focused on the dangerous practice of celebratory gunfire, which has caused thousands of deaths across Lebanon, primarily in the Bekaa area. Most recently, an eight-year-old girl was killed by a stray bullet in Baalbeck.

Shaza Al Shall, an activist from the Bekaa Valley, is angry that Lebanon has lost so many lives to random shootings and celebratory gunfire. The security situation in the Bekaa Valley, which borders Syria, is tense. Many believe trying to change the culture around guns at this moment would be a hopeless cause. But Shaza believes this issue should concern all Lebanese citizens, no matter what region they are from or which religion they belong to. She has come close to being shot by stray bullets from celebratory gunfire several times while walking in the street. Because of these experiences, she is committed to ending the reckless act of celebratory gunfire. With the support of various young activists, CSOs, and political parties she met at the Youth Advocacy Academy, Shaza will design and implement a strategy to create a safer space for citizens in the Bekaa Valley.

Politics, especially in Lebanon, can be filled with doubt and frustration—but not for these young Lebanese. Youth participants are willing and eager to change traditional ways of government that have been the norm since Lebanon’s civil war by creating enhanced and efficient methods of communication. Their optimism and commitment are inspiring as they work together to make a real difference in their country. Their energy, dedication, and persistence, above all, gives hope to many others for a brighter future.