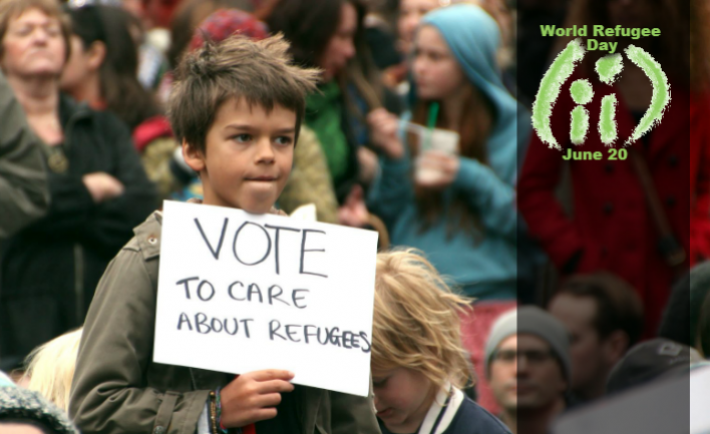 Nearly 60 million people around the world are refugees -- either displaced within the borders of their own country or living in countries not their own, according to a new UN study. Just this year, there were 14 million new internally displaced people. That is an all-time high.

World Refugee Day, which will be observed tomorrow, brings attention to this growing global crisis. While discussions about internally displaced persons (IDPs) often focus on immediate needs, such as food, medical aid and shelter, another need should not be overlooked: democratic participation.

When IDPs are involved in the political process and governments listen, their needs are more likely to be met and their welfare will improve in the long run. Recent work in the last several years by NDI, other democracy groups and aid organizations highlight this point.

Between 2013 and 2014, NDI and its partners conducted focus group research with IDPs in Somalia and with Somali refugees in Kenya to gather their opinions on the country’s overall direction. The research overcame obstacles of geography, limited resources and security concerns to incorporate the voices of refugees into the political process.

In Nigeria, in the lead up to this spring’s momentous national elections, NDI’s partner, the Transition Monitoring Group, asked the National Assembly and the Independent National Electoral Commission (INEC) for government intervention to prevent possible disenfranchisement of internally displaced people. The Nigerian Senate considered a bill to allow IDPs to vote in refugee camps, but ultimately INEC agreed to operate polling stations in IDP camps.

In another program in response to internal displacement caused by the Boko Haram insurgency, NDI supported a robust get-out-the-vote campaign with a local civil society group that focused on educating IDPs about the upcoming elections, including how and where to vote. Through text messages, leaflets and radio jingles, the campaign reached internally displaced people in 19 camps across three states in the northeast. The campaign even made a special effort to reach out to women, who are disproportionately affected by internal displacement in Nigeria.

NDI fielded an international observation mission that was one of the only ones to deploy observers to Adamawa state -- one of the most affected by Boko Haram and internal displacement. Members of the NDI team monitored voting at IDP camps to ensure that displaced Nigerians were included in the election process.

The crisis of displacement, whether within one’s home country or across an international border, will not go away overnight. But as the world works to ensure that growing numbers of refugees and internally displaced people have food, water and shelter, it’s also important to help them find their voice.