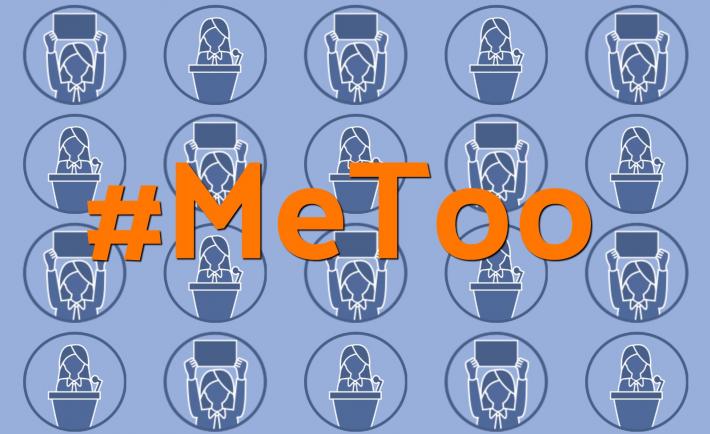 As a young lawmaker in the Missouri state legislature, Senator Claire McCaskill once sought advice from a senior member about how to get a piece of legislation out of committee. He responded by asking if she had “brought her knee pads.”

In the wake of the revelations about predatory attacks on women in Hollywood, in newsrooms and in the halls of legislatures, women around the world have been stepping forward to provide #MeToo testimonies about their experience of sexual harassment.

Though unacceptable by any standards in any industry, when this type of harassment is directed at women in political life, it violates more than the rights and dignity of a single victim. Sexual harassment in politics undermines the standing and effectiveness of women who are already politically engaged, and it affects the willingness of a larger community of women to step into the political life of their country. In both these ways, the integrity of our democracies is compromised.

For almost two years, the National Democratic Institute’s (NDI) #NotTheCost campaign, a global initiative to combat violence against politically active women launched in 2016, has exposed the myriad ways violence is used to keep women from equal and meaningful participation in politics throughout the world. This violence affects women who are leaders in civil society and government, as well as voters and activists. It is a backlash that tries to control, intimidate or punish women simply for daring to engage.

If women are unable to serve as political leaders without the most egregious of attacks, we all suffer. Women in politics have told us that sexual harassment and other forms of gender-based violence occurs in private, in public and in ‘protected’ spaces -- such as parliaments and political parties. Many women have been told that it’s “the cost of doing politics” and have learned not to complain. Speaking up runs the risk of appearing to be a liability or disloyal, and can often lead to further abuse or loss of position.

Some of this violence is physical in its nature, but women in politics also face psychological violence from the impact of degrading comments or thinly veiled threats. These are bad enough in person, but when experienced through social media or online commentary -- sometimes via transnational networks -- they send a chilling message about who is and who is not allowed to access political power. How many different ways can this be manifested?

In 2016, Fatumo Dayib ran for president in Somalia and her story illustrates the attack on women’s sense of safety, for themselves and their family. Speaking about her online profile, she said: "Not a day goes by that someone doesn’t go to my Facebook and say, ‘If I see you, I will kill you; I will blow myself up and take you with me.’”

In Haiti, former President Michel Martelly was speaking at a public rally when a woman voter complained that he had not managed to bring electricity to her community. Martelly responded: "Pick a man and go into the bushes," deciding to silence her through sexualized humiliation rather than address her legitimate complaint as a voter.

After speaking in the House of Commons about the rights of women, Jess Phillips, a British Member of Parliament, received constant attacks online. “People wished to see me raped, she said. “They wished for me to come home to find my sons hanging from a tree because I don’t care about men. I couldn’t possibly care about men, so it would be better if I was punished.”

When he was president of Ecuador, Rafael Correa hosted a radio and television program, called Enlace Ciudadano, where he spoke directly to citizens about ongoing government programs. According to a study by Fundamedios, a respected Ecuadorian NGO, Correa made inappropriate or abusive comments towards women in 50% of the episodes they analyzed. By using demeaning language against female journalists, human rights activists and government officials (of the ruling and opposition parties alike), he sent a subtle message of warning to all women who might engage.

For every Claire McCaskill, who, despite the humiliation and harassment she’s experienced has remained in politics, countless others have abandoned the public sphere, leaving positions of power -- as well as public debates and even voting booths -- largely occupied by men.

When NDI’s Board Chairman, former Secretary of State Madeleine Albright, launched the #NotTheCost campaign, she called on the United Nations to include reporting on violence against women in politics in its annual reports. As a result, the UN Special Rapporteur on Violence Against Women, Dubravka Šimonović, asked NDI to begin sharing the testimonies of violence we have been collecting from women in politics around the world. The Special Rapporteur will use this evidence in the first-ever report on the topic of violence against women in politics, which she will present to the United Nations General Assembly in October 2018. It will be an important moment for those of us who are champions of democracy.

What the #MeToo campaign will continue to reveal about women’s experience of political life is a profoundly important question for democracy. The answer is that if we want inclusive, response and resilient democracies, women must be allowed to play an equal and active role in politics -- free from harassment, fear and the threat of reprisal.

To take action, including if you are a woman who has experienced violence in politics, see NDI’s #NotTheCost page.

Sandra Pepera
Sandra Pepera is a career diplomat and international development professional. Before joining NDI as its director for Gender, Women and Democracy, she spent thirteen years as a senior officer at the...
Connect with the author
LinkedIn
NDI