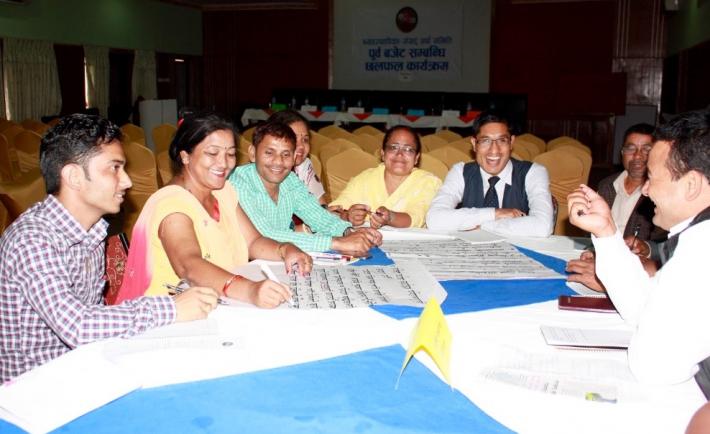 A pre-budget discussion plenary session is held in Itahari, Sunsari. 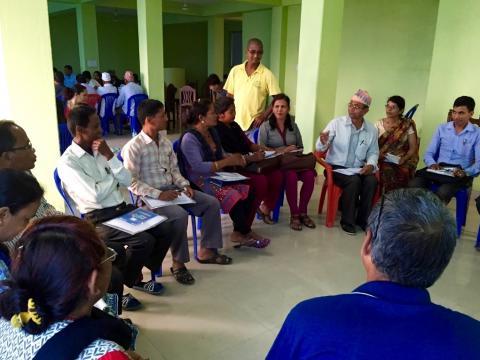 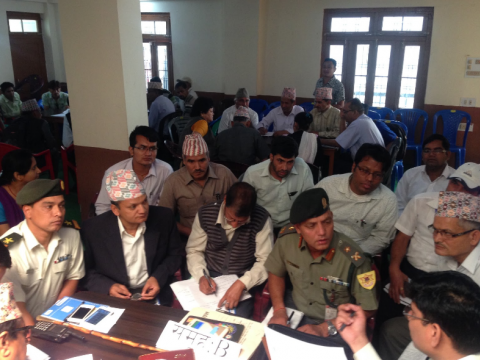 Nepal government officials during a breakout session.
Prev Next

In December 2014, as part of its ongoing work with parliamentary committees, NDI and the chair of Nepal’s Legislature Parliament Finance Committee met to address effective budgeting and set the committee on a path to improve Nepal’s budgeting process. Nepal received a below average score in the 2012/2013 Open Budget Survey, an initiative of the International Budget Partnership that assesses governments' budgets worldwide, and scores them based on criteria of budget transparency, budget participation and budget oversight.

In addition to NDI staff, former member of the New Brunswick Legislative Assembly in Canada and Public Accounts Committee member, Elizabeth Weir, participated in the 2014 discussion to give her expert guidance. Weir provided a comparative perspective on the budget making process in Canada and the oversight role of the committee. She also pointed to potential areas for improved citizen participation in Nepal, such as citizen input in the budget process through pre-budget discussions led by the Finance Committee. NDI discussed possibilities for the committee to proactively seek public input into the budget making process -- a practice not in place before -- by taking discussions outside Kathmandu, Nepal’s capital.

Once the discussions came to a close, the Finance Committee expressed its interest in enhancing budget transparency and citizen participation. NDI offered its support by organizing Committee-led pre-budget discussions throughout 2015 and 2016 to reach out to citizens in the hill, mountain and Tarai regions. For the first time in Nepal’s history, pre-budget discussions took place outside of not only parliamentary premises, but the nation’s capital city.

The public consultations allowed people from diverse backgrounds to actively provide valuable information on budgetary priorities and the needs of their districts/regions, and make recommendations to the government's proposed principles and priorities. In 2016, NDI again assisted the committee to organize pre-budget discussions in six additional districts, including Sindhupalchok and Dolakha, which have faced additional obstacles as a result of the devastating earthquake in April of 2015. The Honorable Prakash Jwala, Finance Committee Chair, recognized NDI’s support, with the Committee also acknowledging NDI’s role in their annual report. In an important step, the Committee stated that going forward it plans to organize pre-budget discussions independent of NDI, and will utilize existing parliamentary financial resources.

Chairman Jwala, along with other committee members and staff all agreed that the pre-budget discussion process has enhanced people's participation, ownership and voice in the budget making process. “Pre-budget discussion has enhanced people's participation and ownership in budget making process,” said Jwala. “[It has conveyed a] positive message to the general public as some of their recommendations have been reflected in the state budget this year.”