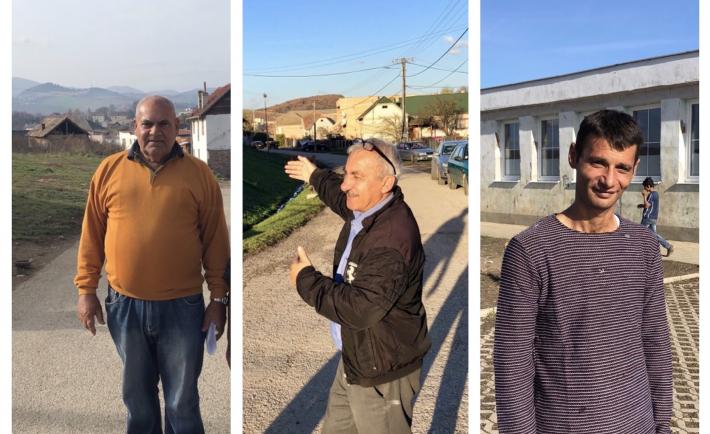 The Roma, whose numbers are estimated at more than 10 million, make up Europe’s largest minority group, and are also the largest socially and economically-marginalized population. Across the continent, Roma face systemic discrimination in employment, education, healthcare and housing. This leads to poor quality of life, lower life spans, higher school delinquency rates and higher unemployment rates in comparison to their fellow non-Roma citizens. According to official EU statistics, anywhere from 33 to 58 percent of Roma children will experience segregation in public schools and, on average, only 12 percent of Roma between the ages of 18 and 24 will have completed high school. Additionally, Roma often struggle to meaningfully participate in their country’s democratic and civic life. Since 2004, NDI has engaged Roma throughout Europe with support from the National Endowment for Democracy, the Open Society Foundation and the U.S. Department of State’s Bureau of Democracy, Human Rights and Labor (DRL).

On my recent trip to Slovakia, I met with Roma activists and community leaders who are working to  increase Roma political participation and representation, as well as those engaging in issue-based advocacy to improve their communities. What follows are three of their stories worth celebrating:

Rudolf began working with NDI nearly 15 years ago, when he attended one of the Institute's first political skills trainings on behalf of his village of Markusovce. Although the village is 70 percent Roma, many of their voices go unheard. Applying skills learned at these campaign skills trainings, Rudolf set out to improve Roma political representation by serving as a campaign manager for numerous Roma candidates in local elections. His efforts paid off in the 2014 local election, when he led the successful campaign for the first Roma-elected mayor of Markusovce, who was subsequently re-elected in 2018. In this latest election, Rudolf expanded his efforts to spearhead a get out the vote drive in the Roma settlement to support Roma candidates for local councilor positions. He did this because the previous four years had shown that while the mayor is important, local councils decide which community development projects get funded. Outside of his election-related work, Rudolf is a steadfast advocate for improving his community’s circumstances. Under NDI’s previous DRL-funded Breaking Down Barriers program, Rudolf, along with other Roma citizens, successfully convinced the municipal government to restart the field social works program. The program funds social workers to work directly within the settlement on issues such as maternal health among new mothers, school attrition among Roma youth and efforts to employ local Roma in blue-collar positions, such as janitors. These advocacy efforts led to improved school attendance rates and brought unemployment among the Roma population in Markusovce to the lowest point in years.

South of Markusovce, in the nearby village of Kalosa, Stefan is working to improve how Slovak society perceives the Roma. Many Slovaks believe that most Roma are unemployed, impoverished and unwilling to change their circumstances. Stefan says this is decidedly not case, as demonstrated by his hometown: Kalosa is more than 90 percent Roma and the majority of the population lives above the poverty line. Yet, these Roma successes are not publicized, as the media instead opts to highlight only the poorest communities, cementing widespread negative stereotypes.

“Roma only get roles that correspond to how we are viewed in life. My community is better than that view.”

To combat these perceptions, Stefan wants Roma communities to work together to engage government officials at all levels to address existing issues, such as drug abuse. Under NDI’s current DRL-funded program, Activating Roma Community Power to Affect Change, Stefan is working with other community activists from Janice and Moldava nad Bodvou to address the growing problem of drug addiction among youth. These activists collaborated with non-Roma communities (and their police forces) and the Regional Health Authority to pressure the national government to update the list of illegal drugs to include an emerging drug, herba. Herba was officially banned in early February 2019, which now allows the local police to prosecute the drug’s suppliers, while the activists continue to work with their communities to expand youth opportunities so that drug abuse problems in eastern Slovakia’s Roma communities decreases.

Igor, another community activist with NDI’s current DRL program, is working together with Stefan to elevate the issue of drug abuse in Roma communities to the national level. Igor is a former drug addict who draws upon his personal experience overcoming addiction to counsel Roma youth. As a health clinician, Igor encourages Roma youth to cease drug use. He says that youth drug abuse among Roma should be combated by working with the Slovak government to update existing laws and increase extracurricular and professional opportunities for youth in Roma settlements. Based on his experience  growing up and continuing to live in one of the poorest Roma settlements in Slovakia, Moldava nad Bodvou, Igor believes that there is a disconnect between the majority of Slovak government entities and the Roma communities. This disconnect is where he says NDI’s connections, guidance and assistance have been vital to bring communities and government into cooperation with one another to improve local Roma communities.

"Dr. Martin Luther King Jr. had a dream for his community and so do I."

Rudolf’s, Stefan’s and Igor’s stories demonstrate the ability of NDI to transform the lives of individuals and communities, catalyzing exponentially larger changes in these societies. Beyond abstract statistics and data, the human impact of NDI’s engagement with Roma communities throughout Europe undergirds the the Institute’s belief in the power of advocacy and civic participation to create a more inclusive democracy for all citizens.

Zoe Mowl
Zoe is a program assistant on NDI's Central and Eastern Europe team. She works primarily on regional inclusion programming for minority and marginalized populations. Prior to working at NDI, she...