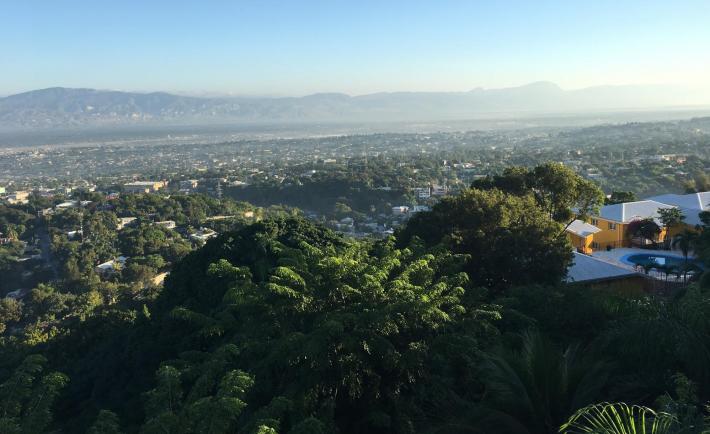 Haiti is a country of natural beauty and vast potential, but something is always getting in the way of its progress. As the first independent nation in Latin America, and one of the oldest democracies, Haiti has a proud tradition on which to build. However, in the wake of the world’s only successful slave revolt and its declaration of independence in 1803, nations refused to recognize Haiti’s independence for decades, fearful of encouraging revolt among their own slave populations. In addition, numerous foreign interventions, three decades of brutal Duvalier dictatorships, a massively destructive earthquake in 2010, and a geography that no hurricane seems to miss, have hindered economic and political progress in Haiti.

But if there’s one thing the Haitian people have, it’s the hope and determination to overcome these challenges. The quiet dignity, passion and determination of its people are palpable in every face. In five days of meetings for an assessment mission by the House Democracy Partnership (HDP), I suffered hearing loss. As each meeting dived deeper into an analysis of Haiti’s political and economic problems and potential solutions, voices rose and the intensity dramatically increased. The discussions were riveting, if literally painful to hear. My interpreter explained, “We Haitians are very passionate! We want to make sure our voices are heard and if you don’t speak loudly in Haiti, no one will hear you!”

Two important anniversaries are converging for the Haitian Parliament: the 50th Congress and the 200th anniversary of the founding of the Chamber of Deputies. During my visit, NDI sponsored the second seminar within two weeks for new Members of Parliament (MPs) to share legislative techniques, develop an agenda and strengthen parliamentary organization. Accompanied by my old friend and colleague, Lorraine Miller, and former Canadian MP Paul Dewar, we discussed best legislative practices in both the U.S. Congress and the Canadian Parliament as examples for the newly-elected MPs to consider. Lorraine’s experience as the first African American Clerk of the U.S. House of Representatives and as staff for three House Speakers (Jim Wright, Tom Foley, and Nancy Pelosi) provided gravitas to make sure our voices were heard as well. Paul’s direct experience as a politician made an immediate connection with his fellow Haitian parliamentarians.

After five years of legislative gridlock and electoral crises, in which results have been constantly challenged, elections were held on November 20. Official results are expected to be announced  on December 29th after legal challenges by some candidates are adjudicated. The historic 50th Congress will then be able to begin working in earnest on its mandate for change and progress.

The challenges in Haiti are immense, but the delegation learned that a national consensus exists around three major issues:

In every meeting, our HDP delegation emphasized the importance of taking small steps in order to build confidence toward more fundamental political and economic reforms. As the saying goes, “How do you eat an elephant? One bite at a time.” 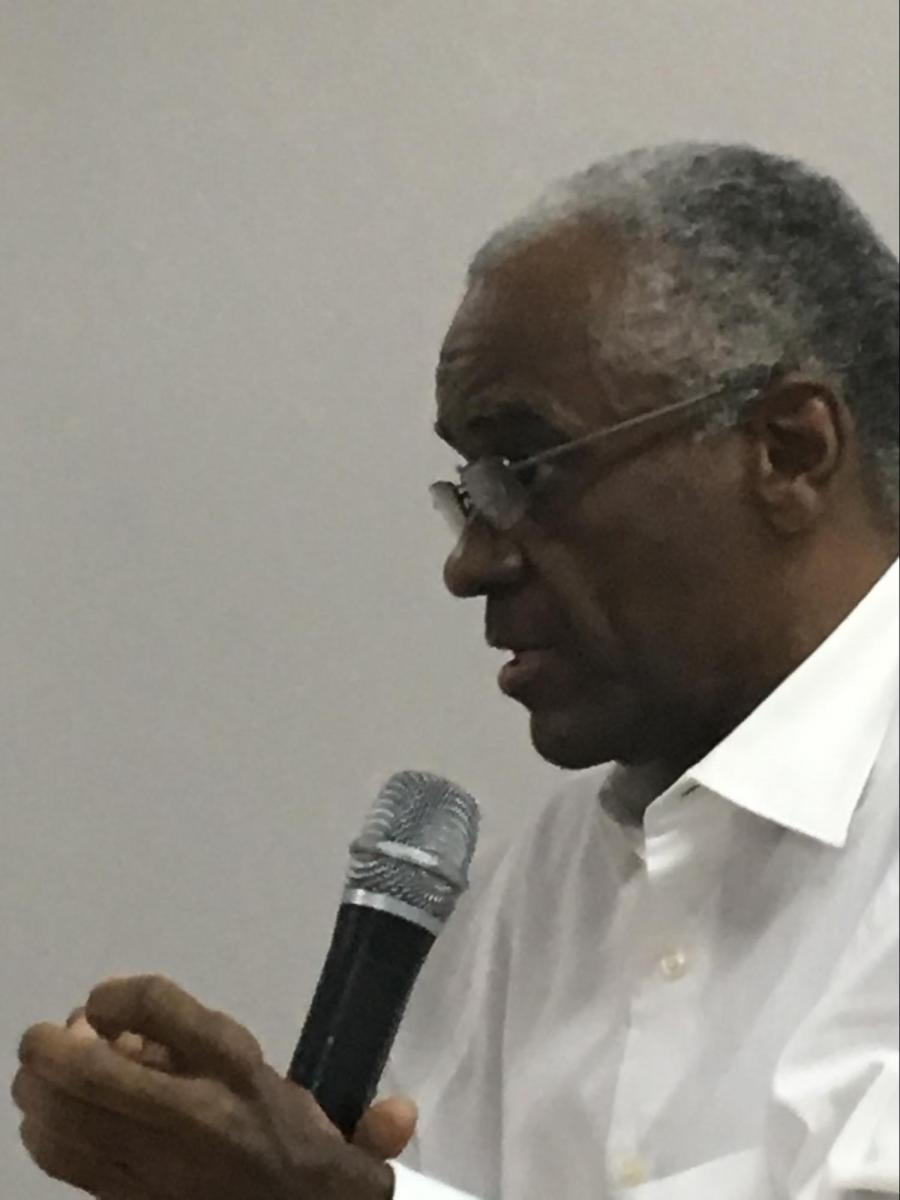 Edgard Leblanc Fils, former President of the Senate, offers his insights for the newly-elected MPs. 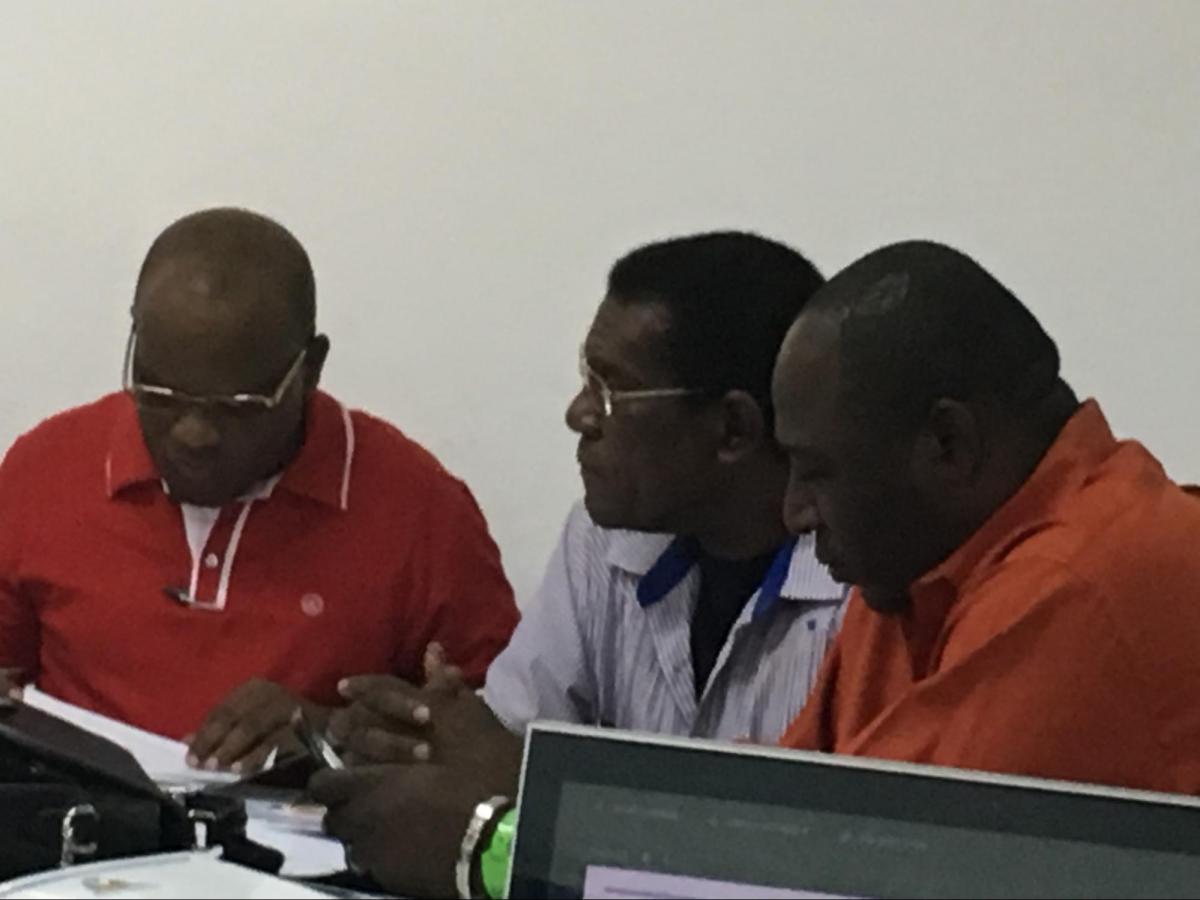 During our seminar with the MPs, two issues emerged as major problems to tackle in the New Year. One is to make sure that laws passed by the legislature are implemented by the Executive Branch. During the last session, Parliament passed a law to reform school fees, but it was neither rejected or implemented by the Executive Branch. Such legislative limbo raises the threat of a constitutional crisis. The second concern was the desire of Haitian constituents to have MPs provide jobs, build schools and provide concrete development assistance in local communities - duties that really aren’t in their power. The difference in expectations between constituents, who want their MPs to function as local development agents, and MPs who need to pass laws, oversee the executive branch and overcome past patterns of legislative dysfunction, has created a paradox that will be difficult to solve. Because of this disconnect between the MPs’ roles and citizens’ expectations, only 20% of legislators are typically re-elected. As a result, institutional memory and technical legislative know-how are difficult to establish on a long-term basis.

Improving governance is a critical need in Haiti. In numerous meetings leading up to the legislative seminar with the MPs, every civic group, legislator, woman leader and business person indicated that the comparative approaches and legislative skills that HDP brings would be strong assets for Haiti’s development. The high turnover of MPs leaves an important deficit in legislative skills at the beginning of every parliament. The inability to take advantage of professional staff in Parliament is a major concern. HDP’s technical expertise with partner legislatures to develop legislative skills, accountability and transparency were viewed as comparative resources  that could  help the new Haitian Parliament function better. For the last decade, HDP has collaborated with parliaments in developing democracies around the world to improve budgets, make committees function better, deepen constituent contact, provide research, and increase oversight.

Despite the daily challenges that everyone faces in Haiti, their love of country runs deep. Great music, beautiful art and a desire to make progress - even if it can only be accomplished one step at a time - keep spirits high. Everyone knows there’s always a tomorrow. When visitors leave Haiti, the firm handshake and immediate question, “When will you return?” makes you fall in love with this beautiful nation all over again. And you think to yourself, “How soon will I return...?”

Woman selling grapefruit on the streets of Port-au-Prince.