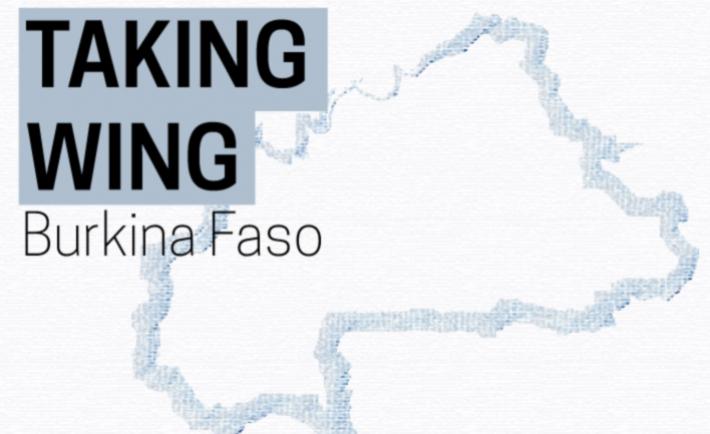 My name is Abeiyel Yvonick Somé and I am from Burkina Faso. I am an activist and member of the National Political Board of the Congress for Democracy and Progress (Congrès pour la Démocratie et le Progrès – CDP), a social democratic party created in 1997 from the fusion of 13 smaller parties and political movements. CDP led the country for 17 years under President Blaise Compaoré, but lost power during the October 2014 street protests that resulted in his resignation and left party members and activists in shock and disarray. In the aftermath of that turmoil, the CDP’s party structures were disbanded, and eventually the authorities suspended the party altogether.

Fortunately, I was able to continue contributing to the improvement of my country’s political landscape through the training opportunities offered by NDI. By working with young people and youth activists at those trainings, I was able to help increase the visibility of my party (which was important since we were just a few months away from an election), as well as play an important role in a restructuring process of the party.

I know first hand the importance of engaging young people in politics. In 2004, when I was only 20 years old, I held my first position of political responsibility, serving as president of the regional organization for student members of my party. I was motivated to become involved in politics because it seemed like the best way for me to serve many people at once, and to put my skills to use for the development of my community. I know there are many other young people with similar feelings, and it’s important to give them opportunities to integrate into political parties and make their voices heard.

This is particularly true in Burkina Faso, where political life is driven by a desire for change in the political elite, for change in leadership at all levels to diversify and broaden who is involved in politics, and for new personnel in government who are both well-educated in politics and technically competent. These desires are strongest among people under 45 years of age, which constitutes nearly 70 percent of the country’s population.

Older people, who tend to be politically powerful and more financially well-off, often see youth participation in politics as a threat. Because of their status in society (elders are greatly respected) and resources, it’s relatively easy for them to maintain control over political structures – despite the fact that the majority of Burkinabe are young people.

This attitude makes both participation and success difficult for young people who want to get involved. Within parties, youth candidates are often positioned relatively far down on electoral lists (which disadvantages their chances), and they often experience obstacles when it comes to campaign coaching and political sponsorship. Additionally, youth activists, party members, candidates and young elected officials often face difficulty in being effective within a political system that structurally discriminates against them. This, in turn, leads to resignations and sometimes results in people switching from party to party – or even the wholesale abandonment of politics.

There is a widespread belief among young people in Burkina Faso that the current political class lacks a credible vision that takes into account the aspirations of the nation’s youth. The only way to solve this is for young people to stand for election, and to propose new and alternative ideas for the development of our country. This is particularly true when it comes to the nation’s long-term economic well-being, which will affect the lives and futures of the nation’s young citizens the most. But youth are also concerned about other pressing issues, such as the independence of the judicial system and a lack of security from extremist groups (especially in the northern regions). There is no single, defining “youth issue,” nor is there a single youth perspective on the challenges our country faces. Young people must have seats at the table so that we can play an active role in building our own future.

That’s why NDI’s work in Burkina Faso is so important and valuable. It has enabled my country’s young political leaders to train and build their capacity. These young people are now better able to identify the problems that undermine their political engagement, and propose solutions on good political governance to political actors. My hope is that NDI will not only continue but also expand its work with young people, because they are real actors in the political arena. Enabling them to become more integrated into civil and political leadership will positively impact governance at the municipal, provincial and national levels – and therefore the whole country.

Following the landmark events of October 2014 and the country’s political transition, and looking at the current administration, my long-held conviction has only been reinforced: my country needs to integrate youth into political decision making in order to bring about lasting development transformations.