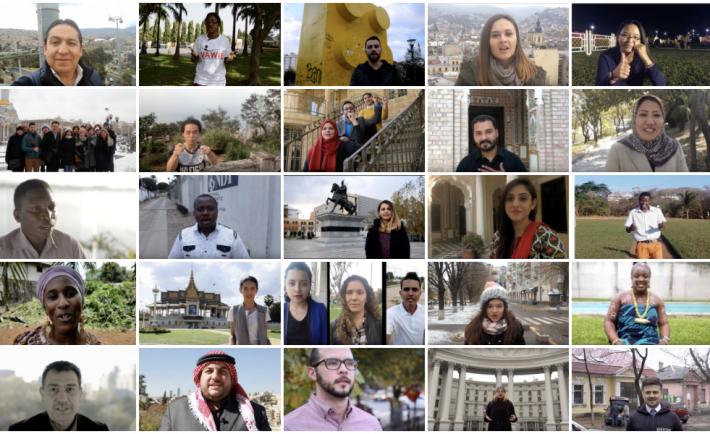 2016 has been a turbulent year for young and old democracies alike. Citizens all over the world - from Syria to Ghana, Macedonia to Honduras, Cambodia to Ukraine - continue moving forward in their visions of a democratic nation that encounters both obstacles and successes. NDI’s work spans 60 countries, helping to train women in politics, observe elections and foster democratic resilience - just to name a few of the ways we support young democracies.

Each year NDI holds the Democracy Dinner in celebration of the successes of our partners abroad - and this year in particular was a special year. For the 2016 Democracy Dinner, NDI and our sister organization, the International Republican Institute (IRI), partnered to hold a bipartisan dinner. From our founding in 1983, NDI and IRI have collaborated side by side to support democratic governance in the countries where we have a presence.  After a divisive U.S. election and significant turmoil around the globe in 2016, we wished to convey what we see everyday: democracy is something that connects us all, across parties and countries.

For our bipartisan dinner, we developed a video compilation, which asked our partners one single, powerful question: “What does democracy mean to you?” The video responses we collected included both a one word answer and a 15 second explanation on the meaning of democracy. The result was amazing.

After sending out a request to our field staff, NDI received a total of 112 videos over just two days. We received videos from Guatemala, Ukraine, Tunisia, Romania, Moldova, Côte d’Ivoire, Ghana and Hong Kong, among many others. I had the honor of stringing the videos together to create a montage for the 2016 Democracy Dinner. As any video editor knows, going through that amount of video takes time - a lot of time. Instead of feeling the common tediousness of playing and replaying video clips to create an eloquently flowing video, I felt inspired. Listening to each video, I heard the same words repeated over and over, and over - and over. Democracy, whether young or old, has a common language.

Citizens in Guatemala, Ukraine, Pakistan and Uganda described democracy as “dignity,” while to those in Macedonia, Tunisia and Jordan it meant “freedom.” Their 15 minute clips echoed ideas of expression, fair elections and the ability to choose and take part in their government. Our partners were energized to express what it meant to them - as you can listen in some of the below 15 second clips:

They worked together, in groups:

Clip after clip, participants from separate regions voiced the same words to describe democracy, and, unknowingly, they proved that democracy is not only bipartisan - it is a language that crosses borders, dialects and religions. After showcasing the video at the democracy dinner, it was clear to me: We are democracy. All of us.