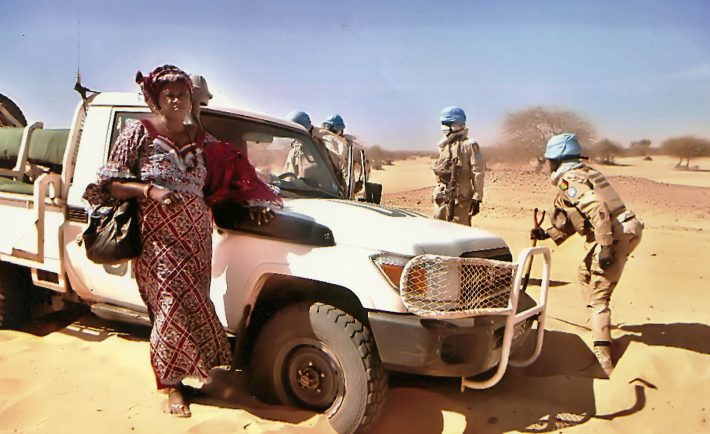 Today is International Women’s Day – a day to celebrate all that women have achieved while recognizing the barriers that still stand in the way of gender equality.

This year’s theme is “Make It Happen.” Since its founding in 1983, NDI has sought to live those words by helping to give women the tools to participate, compete and lead as equal and active partners in democratic change. Here are some examples:

In Burkina Faso, NDI helped 16,000 women get birth certificates so they could register to vote for the first time.

In Mexico, political parties were not utilizing the 2 percent of their federal funds designated for women’s leadership training for that purpose. NDI worked with local groups on the “2% and More Women in Politics” program, which led to a 5.4 percent increase in the number of seats women won in the 2012 national legislative elections.

In Kenya, NDI supported formation of the Kenya Women's Parliamentary Association (KEWOPA), which worked with the parliamentary youth caucus to draft procurement regulations that require 30 percent of all government tenders to be awarded to companies owned by women, youth and persons with disabilities. These provisions are now part of the procurement law.

In Kyrgyzstan, the Women’s Discussion Club, launched with NDI support, brought together women from diverse backgrounds and political parties to defend the rights of women nationwide. In 2012, this coalition was instrumental in passage of a law that toughens criminal penalties for bride kidnapping.

In Sudan and South Sudan, NDI brought together women from both countries to discuss common challenges and create a peer-to-peer network for women to communicate with and support each other across the divide.

In Ukraine, NDI supported creation of a parliamentary Equal Opportunities Caucus of both women and men, whose first initiatives included draft legislation and amendments on key gender issues such as domestic violence, a labor code for workplace equality and social protection for single parents.

This year marks the 20th anniversary of the Beijing Fourth World Conference on Women, and the 15th anniversary of United Nations Security Council Resolution 1325 on Women, Peace and Security. Both sought to “Make It Happen” for women’s political empowerment. Progress has been made but not nearly enough. Only 19 heads of state are women; only one in five parliamentarians are women; only one in 20 mayors are women; and women are consistently under-represented in international peace negotiations.

Set to be adopted this year are the United Nations Sustainable Development Goals, including one targeted at achieving gender equality and empowerment of all women and girls, and another on the promotion of peace, and inclusive, just and accountable institutions. But goals and declarations are meaningless without action. Just last month, more than 300 high-level women leaders meeting in Chile reminded us that 20 years after the Beijing Declaration on gender equality the pace of progress is far too slow. According to their Call for Action, at the current rate, it would take more than 30 years to reach gender balance in decision-making. Yet research shows that increasing women’s political participation strengthens democracy, makes government more responsive to a wider range of citizens, and changes the institutions of power.

We live in times of tremendous opportunity to make faster progress. Technology – from the mobile phone to the Internet – makes it easier for women and men to participate in the political process. But at the same time, closing space for civil society often manifests itself as a return to so-called "traditional” values, often decreasing the rights and freedoms of women. NDI works with thousands of dedicated individuals and organizations that make concrete strides for gender equality every day. Their efforts reassure us that “Make It Happen” is more than just a slogan; it can become a reality.

Ken Wollack
Kenneth Wollack is president of the National Democratic Institute. He has been actively involved in foreign affairs, journalism and politics since 1972. Mr. Wollack joined NDI in 1986 as executive...
Connect with the author
Twitter
NDI