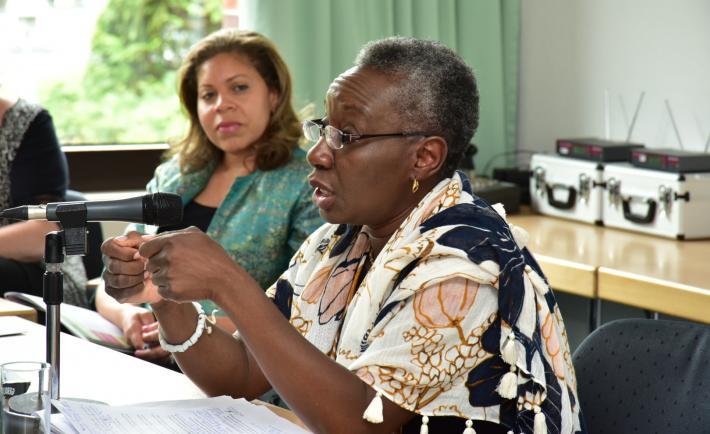 More than half of the world’s population now lives in urban areas. As the forces of globalization rapidly draw more people to urban centers in search of socioeconomic opportunity, we must ask: How do we ensure our cities are safe, sustainable and resilient?

When considering city resiliency, we think immediately of physical necessities: will people have access to clean water, sturdy buildings, safe roads and public transport? Will the city be environmentally sustainable, and be able to weather and recover from natural disasters?

Resilience, though, isn’t only about civil engineering -- it’s also about politics and governance. Inclusive and responsive democracies minimize insecurity and help protect particularly vulnerable community members from potential shocks and stressors. Democracies based on these values guard against instability and conflict and work to address the needs of their populaces, especially in circumstances where the population is diverse and may have competing interests.

Inclusive and resilient democratic cities are especially important for women, as their experience of urban spaces is different from men’s. Because women comprise more than half of the population in many urban areas, engaging women in the political process and advocating for gender equity is critical to establishing urban resilience. When women’s priorities aren’t incorporated into urban planning and governance, they feel marginalised and the opportunities they migrated to cities for are often undermined.

Cities seeking to implement gender-sensitive governance can learn best practices from the successes of the Cities for CEDAW program to integrate gender into governance and democratic processes. These include applying the principles of gender mainstreaming to urban planning and decision-making, ensuring that women and men are included equally in accountability processes. Another best practice includes developing and supporting networks of women politicians, such as NDI’s upcoming Women Mayors’ Network, which will connect women mayors of nationally significant urban centers across borders.

Gender-sensitive governance is key to resilient democracies at all levels, but it is particularly important on the local level. City governments have increasingly larger roles to play in setting national and international policy agendas. Electing women to local urban governments not only helps address women’s particular needs in cities, but ensures women’s concerns are heard, providing a clear and practical way to act locally and think globally, for all women.

The Gender, Women and Democracy team recognizes the importance of the urban agenda to the future of women, democracies, and women’s political participation. To learn more about our work around urbanization, including our Urbanization White Paper, our Global Women’s Leadership Program, and the development of the Women Mayors’ Network, visit our website and follow us on Twitter.

Amanda Shadiack
Amanda Shadiack is the Project Assistant for the National Democratic Institute's Gender, Women and Democracy program. She has a Master's Degree from The London School of Economics and Political...
Connect with the author
LinkedIn