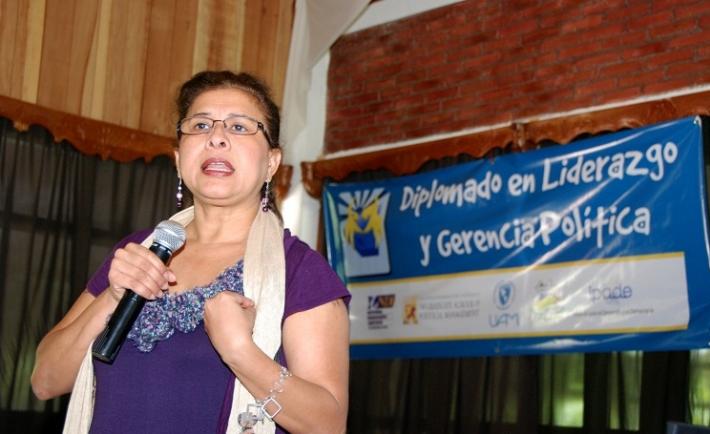 NDI's Nicaragua project is developing a community organizing component to complement youth leadership training through the Certificate in Leadership and Public Management.

More and more evidence suggests that politics matters for development, and that there is a need to do development differently by thinking and working politically. This refrain is intensifying and fueling efforts by donors, practitioners, and local partners to put this emerging approach into practice.

Political economy analysis (PEA), which considers power dynamics and institutional incentives, is the favored technique to motivate and inform thinking politically. It is becoming widely used by donors to develop country strategies and by practitioners to plan programs.

But understanding the politics of change is only one part of the equation. Changing the politics is the other, more challenging part, especially when there are existing gaps in government transparency and accountability. Those of us working in the democracy and governance arena deal with this reality on a daily basis and have found some viable approaches when it comes to working politically.

One approach that embodies both thinking and working politically is community organizing. The National Democratic Institute (NDI) has used this approach successfully across many country contexts for more than 20 years, and political activists in the United States rely on community organizing to mobilize citizens and  influence decision making.

Community organizing is a form of collective action with some fundamental characteristics that align with the emerging development paradigm. It underscores the need for approaches that are iterative, adaptive, participatory, inclusive, locally-led and sustainable. In addition, it is inherently political. It deals explicitly with power dynamics, in terms of understanding them and transforming them. It uncovers pathways to change and helps communities take strategic actions to advance public interests, often focused on economic development and social justice issues. It builds community resilience and helps bridge divides.

Community organizing typically requires an organizer. An organizer essentially plays a facilitating role, by assisting local leaders and activists who are struggling to address community issues that require government action. Along the way, the organizer transfers their organizing skills and know-how to the community.

Organizers learn to think and work politically, and help their communities do the same. Power analysis and strategizing are essential skill-sets. This means determining what is politically viable, what incentives can promote or inhibit change, who are the opponents, who are potential allies, how widely felt is the issue, what will it cost to address, etc. Community organizers view the world though a political lens.

Although methodical, community organizing is not linear. Often, it involves two steps forward and then ducking, diving, or stepping to one side to regroup and reflect. Small victories nourish organizing initiatives. They are not easy to win, however. Especially if there is not a serious investment in human resources, and time allocated to grow and empower the initiative. It requires consistent, action-oriented technical support from the organizer for an extended period of time. Likewise, it requires dedicated community leaders and activists willing to put in the effort. This type of work must align with political cycles, rather than traditional donor funding cycles.

NDI has used community organizing to increase citizen voice, expand political space, and develop accountability relationships between citizens and public officials. Starting in Slovakia in 1993, NDI has introduced community organizing in more than a dozen countries. The work that took place in Slovakia two decades ago resulted in organizers, leaders and activists that are still organizing today around issues, such as housing, education and infrastructure.

NDI is currently running community organizing programs in Moldova, Nicaragua, and the West Bank. In each of these cases, NDI has deployed an experienced community organizer to recruit and develop local organizers. To supplement the on-the-ground support, NDI has also sent local recruits for training at the MidWest Academy and provided them an opportunity to witness organizing actions in places like Chicago and Baltimore.

Armed with this experience, newly-trained local organizers enter select communities to begin the systematic process of identifying leaders, activists and issues. This evolves into citizen-led campaigns to advance an issue agenda. The campaigns are informed by careful political analysis and calculations about the best mix of strategies and tactics. Each local organizer typically supports two or three campaigns simultaneously, while continuing to receive guidance from NDI’s senior organizer.

The results of this approach can be two-fold when the appropriate time and resources are allotted. From a democratic development standpoint, the approach helps foster substantive interactions between citizens and public officials around tangible community needs and interests. These interactions are often unprecedented and begin to shape new political norms and practices that favor accountable government and deepen democracy. At the same time, the organizing helps solve problems often tied to the community’s socio-economic welfare. As a matter of fact, it is socio-economic interests that usually fuel citizen desire to organize and take action in the first place.

Although NDI has proven the transformative potential of community organizing, this bottom-up approach does suffer from some limitations related to scalability and impact nationally. Because of the time it takes, the human resources needed and the logistical challenges that often exist, it is difficult to work extensively (relatively speaking) in more than a few locations in most countries. While select communities grow more participatory and accountable, it does not single handedly tip the scales toward improved governance generally. The exception might be smaller countries, like Moldova, where it has begun to make a noticeable difference over a few years.

NDI believes community organizing is an effective approach, but it’s not the only form of collective action. Other forms, such as policy advocacy, can also help advance development through political activism. Moreover, community organizing works best when combined with other national forms of precedent-setting action that can be more widely observed, although perhaps not as deeply felt by individual citizens.

Certainly, we need to do development differently, and community organizing is a tested approach that helps local groups and individuals think and work politically. Debates about the comparative value and impact of different interventions are important, but even the best intervention will fail if not viewed through a political lense.

Development is not just about providing needed services to vulnerable populations. It’s about giving the underserved a voice to be their own advocates, demanding change, and shifting power dynamics so that power resides with the people.