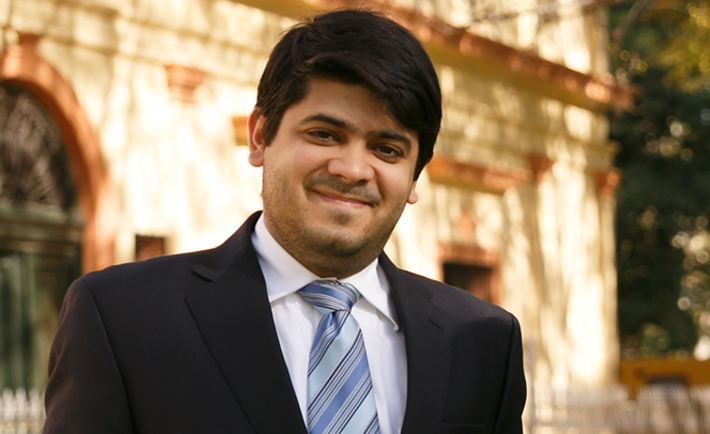 Español
A video message by friends and family of Luis María Duarte announced the creation of a foundation in his name.

It has been a year since Luis María Duarte – a member of NDI’s 2014 Afghanistan election observation mission – was killed during a terrorist attack on the Serena Hotel in Kabul. Luis, from Asuncion, Paraguay, was a long-time member of NDI’s global community and had been part of the Institute’s election missions in several countries. Beloved as a colleague and friend by so many across the globe, his death was a tremendous shock and loss to the elections community worldwide.

I had the privilege of knowing and working with Luis. We first connected during NDI’s 2009 international observation mission to Afghanistan, an effort that brought together election and political experts from various parts of the world. From the beginning of that mission, it was clear that Luis would challenge the minds of his colleagues and inspire all who met him. He had an exceptional way of making friends with people from all walks of life and every part of the world. His warmth and sense of humor were extraordinary, and his passion for learning about different cultures and cuisines was memorable. Luis was a gifted speaker and listener – any conversation, be it on the political dynamics and electoral campaigns of countries in transition or a comparison of rock and roll groups in the 1980s, left one thinking about life differently and with fresh perspective.

Luis was an accomplished individual, and he often spoke of how his experiences in Paraguay shaped his life’s work of supporting democracy and human rights inside and outside his country. He was a professor at the National University of Asuncion and the Diplomatic Academy of the Paraguayan Foreign Ministry. He had been a program coordinator for the United Nations Office on Drugs and Crime in Paraguay. He had served as an advisor to the Foreign Affairs Committee of the Paraguayan Senate and diplomatic advisor to the vice president of the Republic of Paraguay. He also had been a bureau chief with the Paraguayan Ministry of Foreign Affairs for Asia and Oceania and for bilateral treaties with Asia, Africa, Europe and Oceania.

Luis was deeply committed to Afghanistan and the aspirations of its people for a better life. Last year’s mission had been his third to the country. With each of his visits, he grew to be admired by Afghan political party leaders, civic activists, local and national officials, and NDI staff members from across the country. To this day, he is remembered in Afghanistan as a respected diplomat, political expert and professor - a brilliant young man who helped numerous Afghans learn about political realities beyond their borders, discover the culture of Paraguay and South America, and gain new purpose to build a better Afghanistan.

In the time that we had the honor of being with Luis, we were privileged to share his dedication to building a more open and democratic society, and his vision of a world where one person’s life can make a difference. We continue to support your dreams, Luis. We miss you and we will always remember you.

Jim Swigert, NDI’s regional director for Latin America and the Caribbean, traveled to Paraguay to represent NDI during the funeral services. Jim’s memory serves to illustrate the truly amazing person that Luis was and the immense loss felt by all those who knew him:

While I did not have the privilege of meeting Luis, I had the honor of accompanying his remains to Paraguay and of representing all of his friends and colleagues at NDI during the funeral services. I was joined by Rokey Suleman, another member of the election observation team who had survived the terrorist attack that took Luis' life. On arrival in Paraguay, Luis' remains were met not just by his family but by high - ranking representatives of the Paraguayan Foreign Ministry, as well as by the U.S. Ambassador to Paraguay - a sign of the respect in which Luis was held by the government of his country and of the importance of the mission for which he gave his life.

I met his parents, his brother and sister-in-law, his fiance and friends and other family members, and shared their grief as all recalled the remarkable human being Luis was. Brilliant and warm, buoyed by his religious faith, someone committed to public service and – as many of his friends said to me – destined for senior positions, either in the Paraguayan government or a multilateral organization. NDI's resident director in Colombia, Francisco Herrero, had spent several days with Luis' family while arrangements were made for the return of his remains from Afghanistan, and also shared in the grief of his family and friends which was compounded by the knowledge that someone with such a bright future had been taken from the world so young by a senseless act of terrorism. During these days, we got to know Luis as a guide for his friends and students, as a dreamer who left his mark on academia, diplomacy and in the hearts of those who knew him – who now maintain his legacy in the foundation that bears his name. The Luis María Duarte Foundation was created to open space for debate and investigation in the political and social sciences and establish connections with Paraguayan and international organizations in order to continue Luis’s life work. We remember and mourn him still.

Raissa Tatad-Hazell
Raissa Tatad-Hazell is deputy regional director for Asia programs at the National Democratic Institute.  Since 2001, she has supported NDI’s democratic development programs in Afghanistan, Burma,...
Connect with the author
LinkedIn
NDI