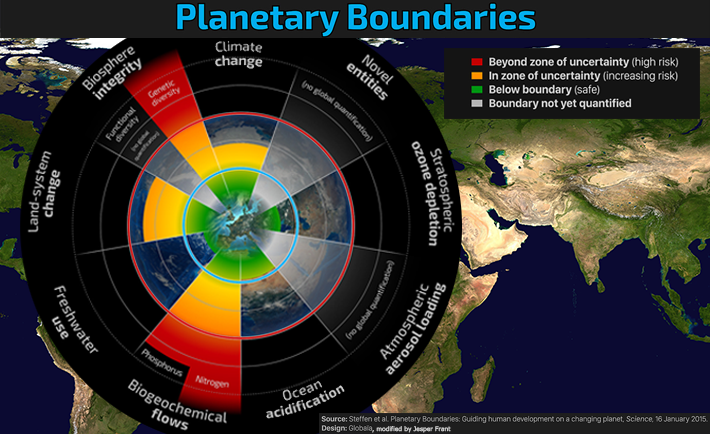 Kenza Aqertit, NDI country director in Nepal, speaks about a project that supported environmental governance in that country.

The earth faces unprecedented ecological challenges. Human activity has now pushed the earth beyond four of the nine planetary boundaries first identified in 2009 by Johan Rockström, a recognized expert on natural resource management from Stockholm University. Breaking through one or more of these boundaries, Rockström says, may be catastrophic because it triggers abrupt environmental degradation at a continental or even global scale.

Time to throw up our hands in despair, right? Wrong.

The earth is also at an important moment for technological innovation. Renewable sources of energy, like wind and solar, which were seen as a pipe dream just a few decades ago are becoming increasingly competitive with fossil fuels, and battery technology, a barrier to the viability of renewable energy in the past, is improving at an equally rapid rate.

At the international level, a new global compact to fight climate change is taking shape. Professor Jeffrey Sachs, a development economist at Columbia University, has called 2015 a key year for global action on climate change. A series of high-level international negotiations between now and December will “reshape the global development agenda, and give an important push to vital changes in the workings of the global economy,” Sachs writes.

Political innovation will also be required at the local level, where the impacts of climate change are most acutely felt. Citizens and governments will need to work together to effectively mitigate and adapt to the localized impacts, and causes, of environmental degradation.

In the Chure mountain range of the outer Himalayas, for example, citizens struggle with landslides triggered by deforestation and repeated flooding. These natural disasters have taken a heavy toll on lives and property. A recent initiative, carried out with NDI assistance, enabled 11 members of the Nepali parliament (including five members of Nepal’s Environmental Protection Committee) to travel to Kailali, a district in the Chure range, to learn about these environmental challenges.

The officials connected with local experts, who briefed them on environmental changes in the Chure range, and constituents adversely impacted by mudslides. The delegation presented its finding and recommendations to the Ministry of Forest and Soil Conservation, which amended its policies to, among other things, immediately stop the felling of trees in the name of “scientific forest management,” which had been taking place across the country.

Simply developing new technology to replace fossil fuels will not save the planet. Technological innovation needs to be matched with political innovation that both lifts the global consciousness and responds to the needs of everyday citizens.