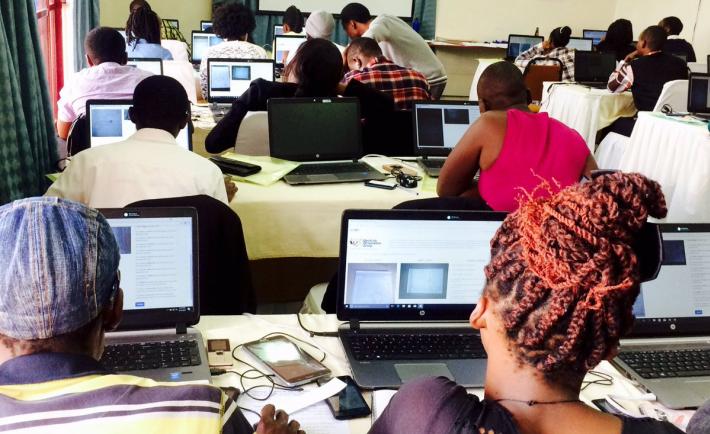 The August 2017 presidential election in Kenya was clouded by accusations of fraud and doubts about the accuracy of results posted on the Independent Elections and Boundary Committee (IEBC) website. Some groups alleged that information from the official polling-station-level presidential results forms (Form 34A) posted on the website may have been altered during the transmission of the forms from polling stations to the national level. 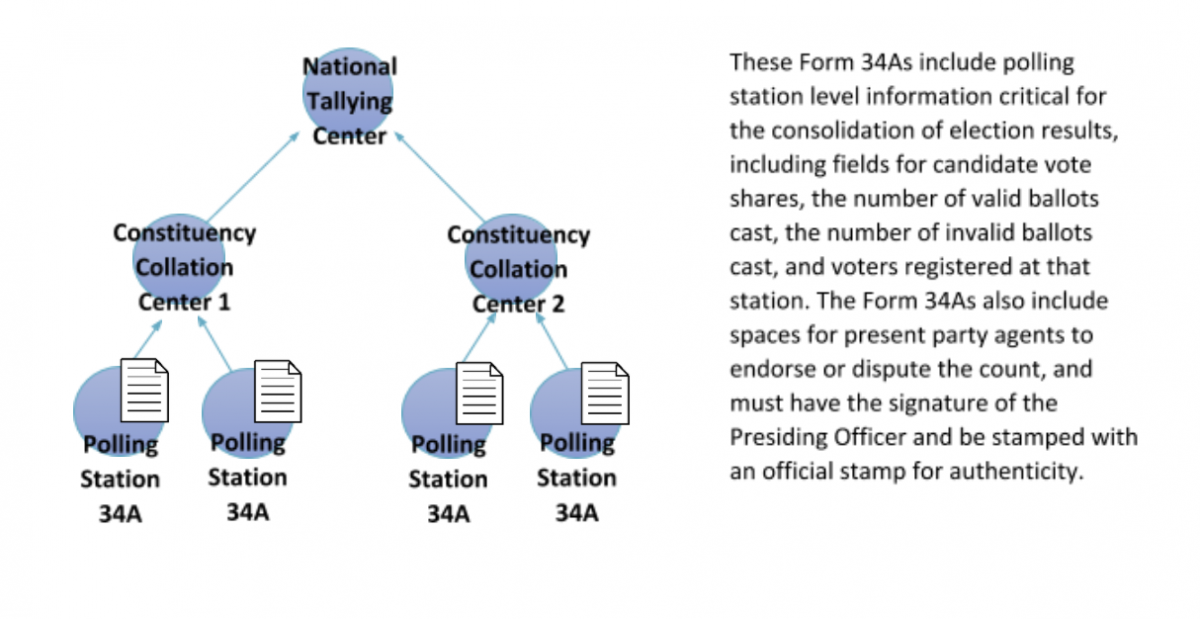 The Kenyan Supreme Court’s annulment of the August elections cited irregularities in the Form 34As posted online – including slow uploading of the forms, illegibility, and missing signatures and stamps – which could undermine the election’s legitimacy.

Following the Court’s decision, fresh elections were called for October 26. To promote accountability and transparency, NDI provided technical assistance to the Elections Observation Group (ELOG) to deploy 766 observers to a sample of polling stations across the country to systematically observe the elections, including opening, voting and counting. In addition to reporting their findings on the quality of the voting process, ELOG asked its observers to take pictures of the completed Form 34As at their polling stations and send the images to the organization through designated WhatsApp numbers to verify the credibility of the data. Five-hundred and forty observers submitted clear photos of the Form 34As from the polling stations. With technical support from NDI, ELOG developed an online system to compare these forms with their official online counterpart. The system involved:

Data clerks, who were responsible for validating the information, could zoom in on or rotate the forms to analyze them, and were able to check and process the entire batch – including doing double data entry for quality control – in a single day. This process enabled the forms to be processed quickly and accurately. 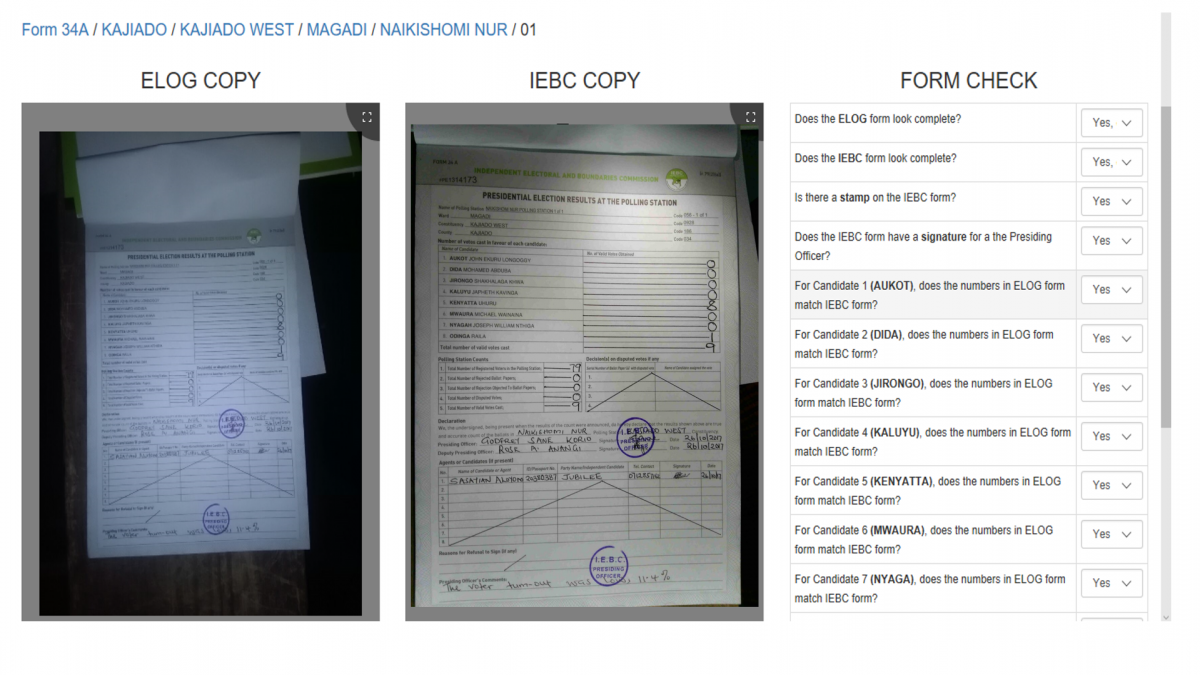 Screenshot from the form checking system.

The data clerks were able to confirm that nearly all forms matched the images provided by the IEBC, and that the IEBC forms generally had the authenticating features required by law.

However, data clerks did note the following:

Additionally, the checking exercise identified one form that had been altered between when it was filled out in front of the observer at the polling station and when it was posted to the official portal. (ELOG exposed this polling station in a public statement.) The ELOG website is still accessible for examining digital copies of the 34As from the October elections.

This form-checking process could be used in other elections to verify that primary polling station level data is not altered through the tabulation and centralization processes. It could be used to check key fields and the quality of other government documents, such as campaign finance reports, identification records and candidate filings.

Although the system was easy to use, there are some considerations for its implementation elsewhere. For instance, ELOG observers had to be trained on how and when to collect and send the images, while ELOG headquarters had to ensure they had enough smart phones – and airtime – to receive all the image files via WhatsApp without lag-time or storage problems. ELOG utilized nine smartphones to collect the Form 34A images from the roughly 700 observers deployed. Contingency plans were put in place for observers that did not have phones that could support images or WhatsApp, which consisted of submitting hard copies of the 34As to headquarters with the corresponding polling station information. Moreover, a consistent filing structure was crucial for the system to pull the correct images from the election commission website. The project was possible because the IEBC posted images of the Form 34As on their website in a timely manner. Without official images of the polling station results, ELOG would not have been able to verify their accuracy.

Julia Brothers
Julia Brothers is a senior program manager for the Elections team and deputy director of the Open Election Data Initiative at the National Democratic Institute (NDI). She has over 14 years of...