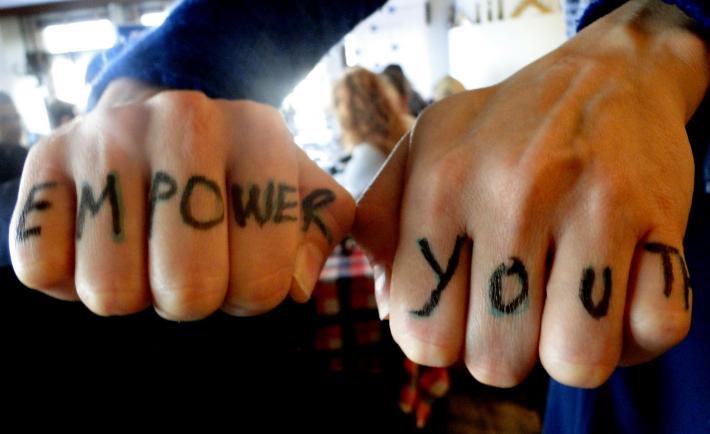 During an NDI workshop in Kosovo, a participant displays the message for a inter-ethnic advocacy campaign. Arta Qorri 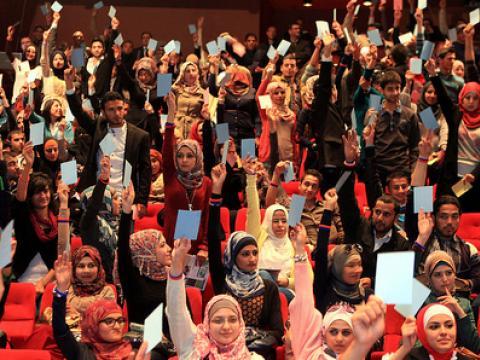 NDI’s Ana Usharek (“I Participate”) program in Jordan, 20,000 students from 25 universities have participated in policy debates and implemented 55 advocacy campaigns on community issues, from accessibility issues to gender-based violence 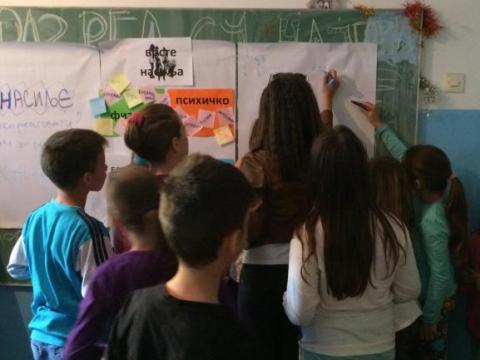 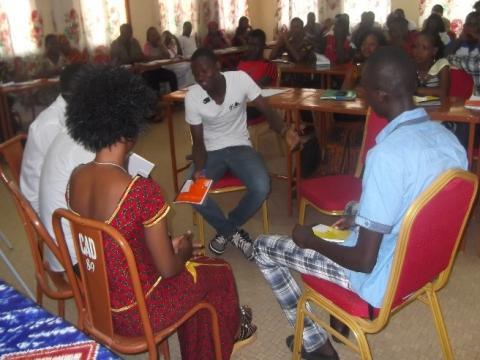 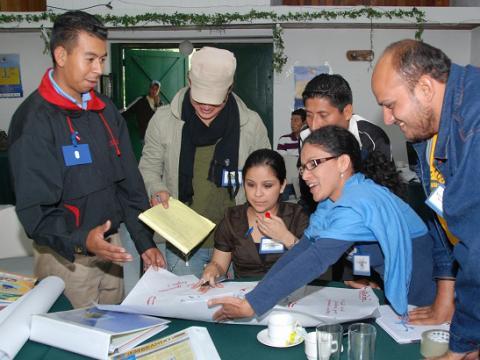 In Nicaragua, NDI supports training on political leadership for young activists, including women, indigenous youth, LGBTI youth, and youth with disabilities, and assists them in organizing their communities to influence government decision-making
Prev Next

International Youth Day 2016 comes at a time when the United Nations and other members of the international development community are recognizing youth as champions for sustainable development. This reflects an ongoing shift in perspectives from fearing the ‘youth bulge’ as a problem to be solved, to partnership with young women and men as leaders and a demographic dividend that can accelerate global progress. Today’s youth – the most connected, educated and open-minded generation the world has seen – have the power to foster innovative and transformative change.

Realizing the importance of youth engagement, governments and political institutions around the world are adopting policies to attract greater youth involvement in politics. Such gestures include the formation of youth quotas in legislatures, political clubs at universities, youth parliaments, political party youth wings and youth advisory bodies for governments.

“NDI works with young leaders to help them engage decision-makers on equal footing and demonstrate why they deserve more than just a seat at the table.”

Despite these efforts, today’s youth are less active than previous generations in voting and joining political parties or traditional civic organizations. The lack of youth involvement stems  from young people feeling that political institutions and actors will inevitably ignore their views and interests. Although political clubs for young leaders and political party “youth wings” -- groupings of young party members -- provide a space for young people to learn about politics and gain skills, they don’t always provide opportunities for equal contribution or influence. Members of these youth wings have reported to NDI that their input is frequently disregarded in decisions by party leadership. Likewise, parliamentarians elected as part of youth quotas complain about being excluded from legislative decisions by senior members. Unless these types of spaces are made meaningful for young people, they will continue to feel alienated and lose their motivation to participate in political life. Political isolation also denies them the opportunity to build relationships with and learn from more experienced leaders.

NDI works with young leaders to help them engage decision-makers on equal footing and demonstrate why they deserve more than just a seat at the table. Specifically, NDI helps youth master methods to more effectively participate in political processes, builds motivation by providing space to explore and connect with each other on issues they care about, and guides them in taking opportunities to foster change through visible political action. Method, motive and opportunity allow youth to confidently confront power structures and bring innovative ideas and political solutions to the table. This not only erodes political barriers imposed by elites, but builds social and cultural perceptions of youth as capable leaders. Expanded public appreciation for youth leadership, improved capacities and experiences help youth gain the support of their seniors and seize meaningful opportunities to contribute to political decisions, whether within civil society organizations, political parties or publicly elected leadership.

NDI recognizes that “youth” are not homogeneous. We work with young women, youth with disabilities, ethnic and religious minority youth, and youth from lesbian, gay, bisexual and transgender communities to address the unique and multiple barriers they face to participating in public and political life. Our work with ambitious young leaders from diverse backgrounds spans more than 200 programs worldwide. Through NDI’s Ana Usharek (“I Participate”) program in Jordan, 20,000 students from 25 universities have participated in policy debates and implemented 55 advocacy campaigns on community issues, from accessibility issues for people with disabilities to gender-based violence. In Kosovo, NDI works with youth to improve inter-ethnic relations, mobilize citizens around issues through vibrant social media campaigns, and seek improved government transparency and accountability. In Burkina Faso, NDI supports young activists in mobilizing young voters, observing electoral processes, and campaigning for public office. In Nicaragua, NDI supports training on political leadership for young activists, including women, indigenous youth, LGBTI youth, and youth with disabilities, and assists them in organizing their communities to influence government decision-making.