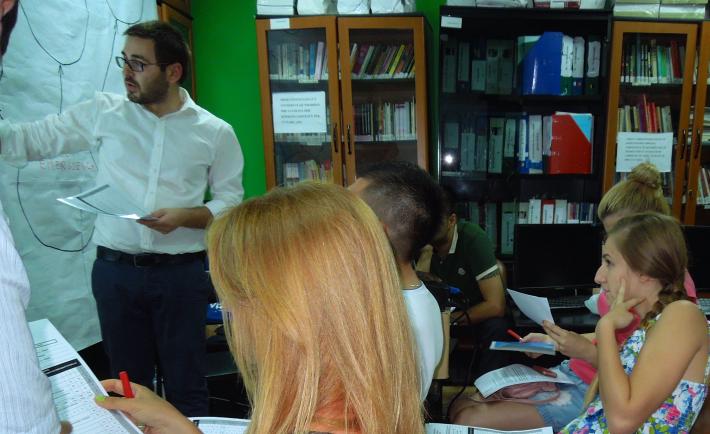 This is the situation in Albania, which ditched communism in 1990. While making huge strides in the 25 years since, Albania nonetheless is mired in bad politics that leaves people wondering if its new democratic order can make government function as it should.

Take health care. Although vastly improved since communist times, Albanian public health care still has poor facilities, insufficiently trained staff and lack of medicines. And underlying it all is corruption, as high demand chases a limited supply of resources. Those who can afford it buy private health care or travel abroad. But the vast majority of citizens have to make do with the government system. The European Union, which Albania hopes to join, noted in an assessment last year that public health care is “under-developed,” suffering from corruption and lack of resources.

In NDI focus group research last year—the only public opinion research of its kind in the country—citizens vented their frustration. “If you refuse to bribe the doctors, they will refuse to help you, or you will get very poor service,” said one participant. “I am saying this from my personal experience because I had to bribe them so that I could enter the operating room.”

A group of activists, the Coalition for Free and Fair Elections and Sustainable Democracy, decided to do something. They took a methodology for monitoring elections, which NDI had assisted them with in 2013, and applied it to health care. With NDI technical advice, they mapped the country’s 2,200 public health centers and established a statistically valid, random sample of approximately 500. Then they trained more than 500 people to visit the health centers on a specific day to gather key data, including:

In posing these questions, the coalition wanted to know how the centers functioned according to legal requirements and available budget resources.

Having coordinated the project with the Health ministry, the coalition deployed its observers to the centers on the planned date, received full access, and called in their findings to a central office in the capital, Tirana. It was Albania’s first-ever grassroots assessment of on-site health care delivery.

The coalition presented its findings in reports to the public, hitting the airwaves to point out what was going well and what needed attention. It also reported to the Ministry of Health. The health minister tweeted that the coalition’s findings will guide the ministry’s work going forward.

Perhaps most important, the coalition showed how information tools common to one endeavor can be applied to different areas of public policy. And when this happens and people get organized and use their democratic rights, they take concrete and meaningful steps to make positive change—whether in social policy, like public health, or in political and governance areas, like elections.

It reinforces the point that democratization and socioeconomic development go hand-in-hand.