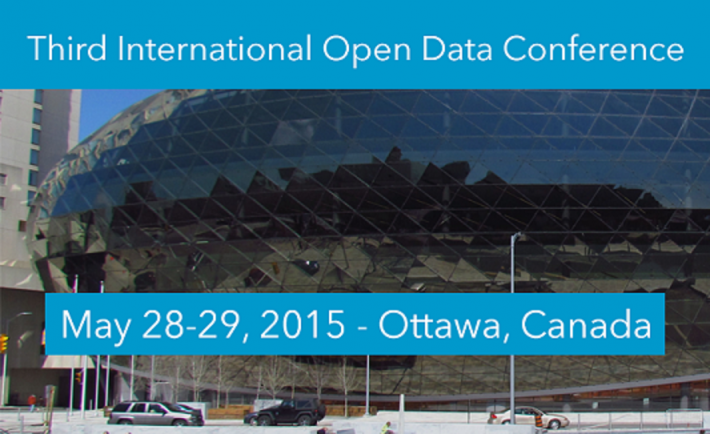 The Third International Open Data Conference in Ottawa last week brought together more than 1,000 open data advocates from a diverse array of countries and professional backgrounds to discuss government transparency and open data. Compared with the First International Open Data Conference -- a small gathering of technologists at the World Bank in 2010 -- the event’s growth constituted a clear statement that open data is here to stay and the global community of advocates is growing.

The conference demonstrated that the global open data movement has matured and is more focused on the relationship between open data, power and politics. Open data is most transformative and impactful when it improves the relationship between government and the public. Consider legislatures: when used appropriately, open data makes it easier for citizens to access information about the activities of their lawmakers, which helps build public trust and citizen engagement in government. Open legislative data can also empower citizens to effectively monitor and evaluate the performance of their legislature. Unequal access to public information can distort the relationship between citizens and their government; open data can help correct this, empowering broader participation and increasing accountability and understanding.

In conjunction with our partners at the Sunlight Foundation and the Latin American Legislative Transparency Network, NDI organized a pre-conference event on open parliaments to consider how open data can be leveraged to build stronger, trusted legislatures. During the session, experts discussed emerging international standards in the areas of parliamentary ethics, campaign finance and lobbying, presented by NDI, the Sunlight Foundation and Transparency International EU, respectively. The development of these benchmarks is valuable for reform minded parliaments and civil society advocates because there are few broadly recognized international standards in these areas. Feedback from participants will be integrated into the new standards.

NDI also co-organized two panels on parliamentary openness. The first featured Hon. Emmanuel Bedzrah of Ghana and parliamentary openness champions from Argentina, Canada, Mexico, Papua New Guinea, the United Kingdom and the United States. The second session included Senator Hernán Larraín of Chile, who co-chairs the Open Government Partnership’s Legislative Openness Working Group, Hon. Joe Preston of Canada and civil society activists from Ghana, India and Serbia. During the sessions, representatives from parliaments and civil society groups from around the world discussed the clear need for new models of parliamentary transparency and citizen engagement. In particular, they recognized the need to address increasing expectations of citizens in the digital age as well as the opportunities provided by new technologies and open data. For example, Bedzrah shared how the Parliament of Ghana -- and the Government Assurances Committee, in particular -- uses WhatsApp and SMS to connect directly and frequently with constituents.

Perspectives from Serbia, India, Canada, Chile, Ghana and around the world on @OpenParl panel at #IODC15 pic.twitter.com/m24zNzuyqF

Larraín, Bedzrah and Preston shared valuable parliamentary perspectives, suggesting that there are a number of ways that digital technologies and open data can make their jobs easier, especially in the areas of government oversight and constituent relations. For example, innovative tools like PopVox make it easier both for citizens to contact their elected representatives and for those representatives to manage and analyze the flow of constituent communications. All participants concluded that there is enormous potential for greater collaboration between parliaments and civil society groups, whether it’s working collaboratively to design better technology solutions or constructing more effective approaches to openness and citizen engagement.

Open data in elections was the topic of another NDI-organized panel. Along with co-panelists from Google Elections and the highly successful Pemilu program from Indonesia, NDI stressed the potential of using open election data to increase accountability and improve elections. NDI gave a preview of its Open Election Data Initiative, which advocates improved access to detailed election data that gives a true picture of an entire election process. NDI also presented the Election Data Academy, a series of tutorials to help citizens and civil society groups analyze and harness different types of election data.

The conversations in Ottawa clearly demonstrate that an evolving open data community is grappling with how open data can support better politics. We look forward to continuing to participate in these important conversations.