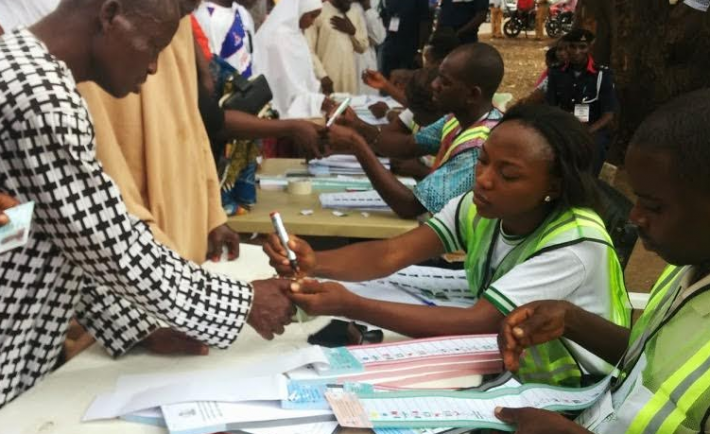 A female election official in Nigeria marks the thumb of a voter on election day in 2015 to help prevent double voting.

For the first time in history, over half the world’s population lives under elected governments. Yet, even in the most established democracies, women continue to be widely under-represented as voters, political leaders and elected officials. As half the world’s population, women are a key part of any democracy and their full and equal participation is a human right, and a  measure of democratic integrity. Furthermore, we now have evidence of the positive effects of women’s participation. This can be seen in peace processes, where women’s involvement in peace negotiations means that the settlements are 35 percent more likely to last at least 15 years. Equally, a study that tracked women’s increased participation in local councils in India, showed that more women councillors led to increased investment in public services such as water and roads, improved parents’ aspirations for their daughters, and “erased” the gap between the boys’ and girls’ educational achievements.

Making an investment in democracy can make lasting change that will lead to long-term economic and social improvements. Dedicated pursuit of democratic ideals can bridge political divides, creating opportunities to solve problems and generate more stable societies that are less likely to devolve into conflict. This is often a difficult road to pursue. In my opinion, in non-representative “democracies,” parliament can function without actually reflecting the priorities and interests of a country’s citizenry, citizens can “vote” while only having one choice of elected leader and institutions can succeed without creating opportunities for citizens to participate. For true democracy to flourish, all members of a society must be free to participate in political processes without suffering discrimination or reprisal. At heart, true democracy is not about having functioning electoral processes and sustainable institutions. It is about people and their ability to influence the politics and decisions that affect their daily lives.

"Violence is a fundamental threat to the free and equal exercise of political and civil rights, and to democracy itself."

Unfortunately, a growing number of reports from around the world indicate that as women step forward to participate in politics, they are met by harassment, psychological abuse -- both on and off-line -- and physical or sexual assault. NDI is committed to building inclusive democratic societies and working against anything that prevents women from participating and has identified violence against women in politics as one of the most serious barriers to women’s political aspirations and their performance while in office.  This is a global issue of concern, and has serious repercussions that are worrying for everyone dedicated to promoting inclusive democratic societies. In our work and research around the world, we have seen that violence against women in politics targets women because of their gender, can be gendered in its very form, and discourages women from being or becoming politically active. Beyond its chilling effect on women who are or aspire to be involved in politics, it also carries a clear message to society that women should not participate in public life, in any capacity.

Violence against women in elections is a particular form of this violence, one that has grave implications for democracy. Elections are inherently inclusive processes if done correctly -- if done democratically -- because they are “organized explicitly to ascertain and honor the people’s will as to who should occupy elected office and govern in the people’s interest.” Elections are one of the most important participatory processes in a true democratic system. However, during these critical moments for citizen participation,  women often experience significant and disproportionate levels of violence. This violence can happen in the private space as well as in public, and is a direct threat to women’s ability to participate in all phases of elections as voters, candidates, officials, administrators or observers.  It is a major barrier to building truly participatory democracies and, in threatening and dissuading women from participating, it makes our societies less inclusive, less prosperous and more unstable. 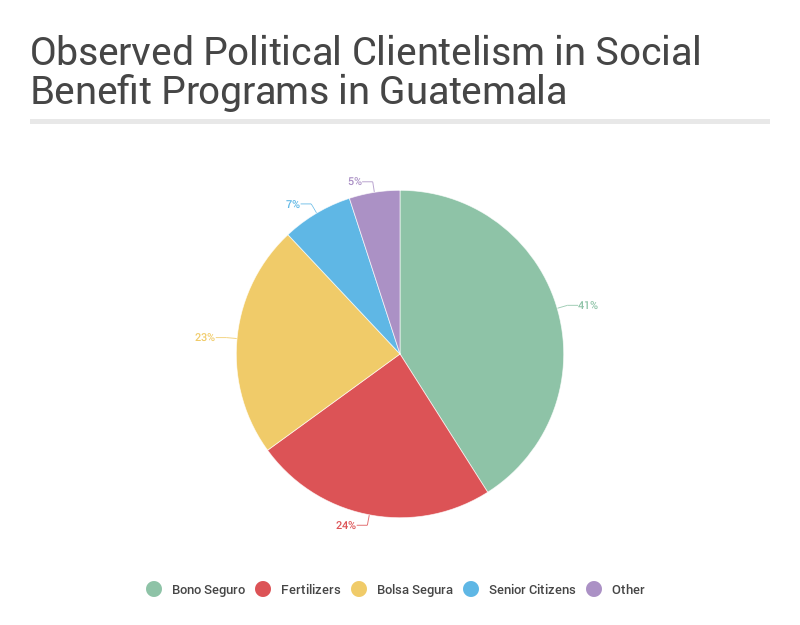 In the run-up to the Guatemalan presidential elections in 2015, Acción Ciudadana (AC) received reports that social benefit programs provided by the government were targets of political clientelism and coercion: forms of economic violence. Of the incidents that were reported to AC, the programs Bolsa Segura and Bono Seguro received the highest percentage of reported threats. These two programs also had the highest number of women participating -- indicating that while this type of violence targeted both men and women, women were disproportionately affected. (Data provided courtesy of Acción Ciudadana)

In 2015, we launched our Votes Without Violence campaign, raising awareness and collecting data about the issue through our support to citizen election observation around the world. For more than a year, we have researched the issue tirelessly and piloted election observation methodology in five countries, spread over three regions around the world. From the knowledge we have developed, we have built a set of tools and guidance to identify violence against women at different stages of the election cycle, using a variety of observation methods, and are now finalizing that guidance into a toolkit for citizen election observers. The toolkit, which will be launched online and with a manual later this year, will allow citizen observation groups -- who can be a powerful force to assess the democratic integrity of elections in their countries, and to raise awareness of violence and end impunity for those who block women’s participation -- to identify and prevent electoral violence against women through nonpartisan domestic observation.

Violence is a fundamental threat to the free and equal exercise of political and civil rights, and to democracy itself. We must all work to bring an end to it -- through observation, through advocacy, or any other opportunity for peaceful action that we find -- and in doing so ensure that democracies are able to thrive as robust, representative societies.