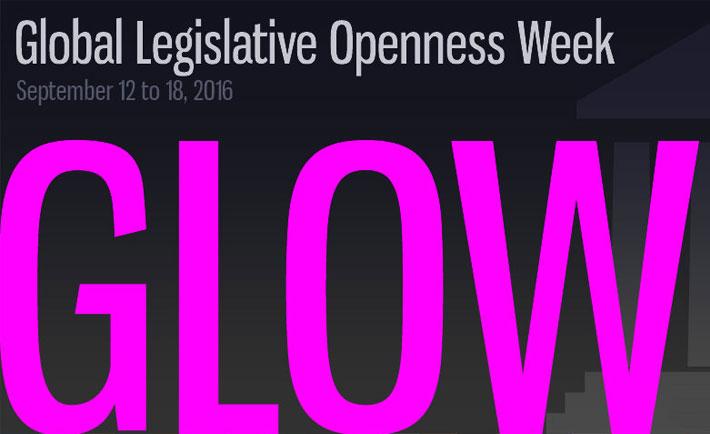 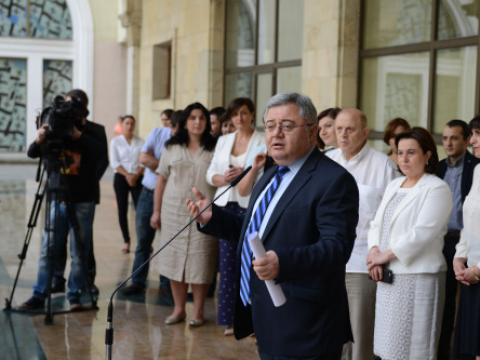 Speaker David Usupashvili of the Parliament of Georgia officially opens the Civil Cooperation Center during GLOW. 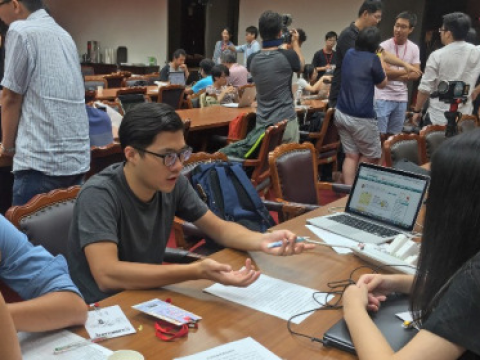 In Taiwan, civil society and the legislature co-hosted the country’s first legislative hackathon.
Prev Next

As in previous years, Global Legislative Openness Week (GLOW) showcased the fantastic work being done around the world to realize the principles of open parliament. Organized by members of the Open Government Partnership’s Legislative Openness Working Group, GLOW featured more than 20 events and activities organized by parliaments and civil society organizations in over 15 countries around the world. This year included a diverse range of activities, such as public events and private meetings, campaigns and advocacy, and hackathons and the development of new digital tools. The diversity of approaches and actors that made Global Legislative Openness Week a success also demonstrates that the global movement for open, responsive legislatures is broad, deep, and growing.

Many of the events and activities featured collaboration between parliament and civil society, a central component of an open legislature. In some countries, legislatures and civil society organizations worked together to either develop openness commitments or pursue implementation in cases where commitments had already been developed. For instance, the Assembly of Kosovo published an openness action plan developed in consultation with civil society, the Parliament of Georgia launched a Civil Cooperation Center to facilitate collaboration with civil society, and the Ukrainian Rada held meetings to discuss implementation of their openness action plan. These events demonstrate that many parliaments around the world view civil society as a valuable partner in legislative reform efforts, and that an increasing number of civil society parliamentary monitoring organizations are moving beyond process monitoring towards a more collaborative, productive relationship with the institution.

Other activities were organized independently by civil society parliamentary monitoring groups, including product launches and public campaigns for legislative openness. Some groups sought to gather public feedback on the importance of legislative openness and public perception of the parliament, including work by the Latin American Legislative Transparency (LALT) Network and Observatoire Citoyen de L’Action des Pouvoirs Public en Haiti. Other organizations launched new tech tools or research products, including regional openness assessments by the Centre for Research, Transparency and Accountability (Serbia) and the LALT Network. Penplusbytes organized a technology training for members of the parliamentary press corps in Ghana and the Indonesian Parliamentary Center and the Institute for Research and Democratic Development (Liberia) planned public campaigns to call for greater access to legislative information.

This year, GLOW also had a focus on developing new technology tools to bring citizens closer to their representatives. In many countries, parliaments and civil society groups came together to develop digital tools to open legislative processes and information. Brazil's Chamber of Deputies released new digital tools that were developed in consultation with civil society, Watchout in Taiwan worked with the Legislative Yuan to hold the country's first legislative hackathon, and KohoVolit.eu (Czech Republic) developed a voting advice application that has averaged over 100,000 users per day since its launch. GLOW also included a “Tech Tool of the Day” feature, which highlighted tools from Canada, Brazil, Ghana, Morocco, and Myanmar, and a webinar that featured discussion of parliamentary data and technology tools.

While Global Legislative Openness Week is scheduled each year to coincide with International Day of Democracy, this year’s campaign also coincided with a Steering Committee discussion of a proposed parliamentary engagement policy. This policy, a draft of which can be seen here, more clearly outlines the role of parliaments in OGP, which has been steadily growing since the launch of the Legislative Openness Working Group three years ago. Most notable, perhaps, is that under the policy parliaments would be able to make commitments in a separate chapter of the National Action Plan (NAP), which would follow the NAP timeline, be developed in a manner consistent with OGP’s co-creation guidelines, and be reviewed by the Independent Reporting Mechanism. When combined with the stated priorities of the incoming OGP Steering Committee co-chairs, the policy points towards an OGP that recognizes and more fully embraces the legislative branch. As has been written elsewhere, this will only help OGP deliver on its transformational potential. More news on the results of the Steering Committee’s discussion will be shared on the OGP blog soon.

Following on the success of GLOW, the global open parliament community is positioned to continue to make progress towards realizing the principles of open parliament. With Global Legislative Openness Week complete, OGP’s Legislative Openness Working Group—which coordinates GLOW and is co-chaired by the Congress of Chile and NDI—is turning its attention to the OGP Summit in Paris, which will include an open parliament conference track and is another opportunity to share good practice and explore opportunities for further collaboration.