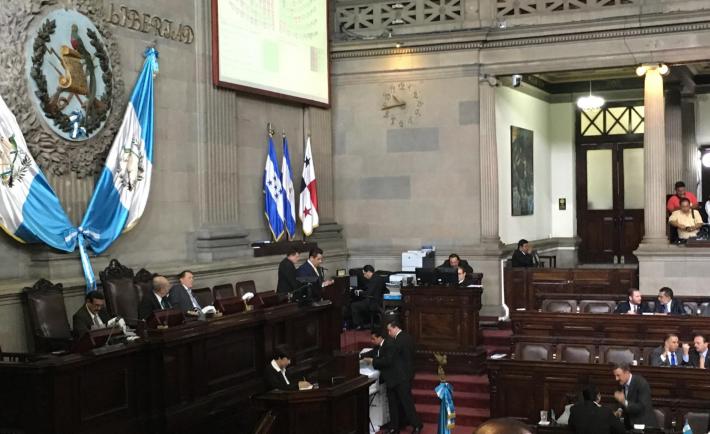 Plenary session of the Congress of the Republic of Guatemala

Maria Eugenia Mijangos, the President of the Supreme Electoral Tribunal, explains the critical reforms that are still needed. 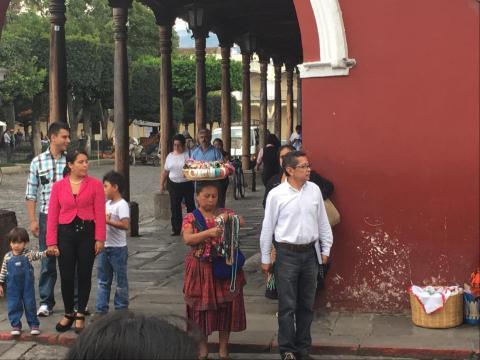 Whether or not Guatemala can continue its reforms will most depend on the engagement and watchful eyes of its citizens.
Prev Next

In late October, I joined a staff delegation of the House Democracy Partnership (HDP) in its assessment mission to explore a potential partnership between the U.S. Congress and the Congress of Guatemala, a unicameral body made up of 158 deputies elected for four-year terms. Having spent a good deal of time working to end the Central American wars in the 1980s as a congressional staffer in the U.S. House of Representatives, it was my first trip to the region in nearly three decades. I returned to the U.S. hopeful and cautiously optimistic that Guatemala may be turning a corner in its democratic development while still working to overcome the legacy of the brutal civil war that resulted in hundreds of thousands of victims from 1960-1996.

For the past year, the Guatemalan Congress, the electoral commission, the judicial system and civil society organizations have been advancing reforms after lengthy protests in 2015 that forced the resignation and imprisonment of former President Otto Perez Molina over charges of corruption. In a surprise upset, presidential candidate Jimmy Morales won election under the campaign slogan “Neither Corrupt Nor a Thief,” despite having the lowest amount of funding of any candidate.

In determining the potential for legislative strengthening, the HDP delegation, in partnership with the International Republican Institute (IRI) and NDI, met with many key players involved in current reform efforts, including the:

Guatemala is in the midst of historic reforms that could change the trajectory of the country, and perhaps influence other countries in Central America. Public pressure has created real potential to fundamentally alter the way politics are done in Guatemala. As one academic indicated, this moment is the “best opportunity for reform in Guatemala in the last 20 years.” Street protests in 2015 and numerous court actions -- taken by Guatemala’s courageous Attorney General with the support of the UN-backed Commission Against Corruption and Impunity in Guatemala (CICIG) -- have succeeded in identifying and jailing many corrupt political actors. The Congressional leadership has pushed through the first stages of electoral reform, provided increased transparency, and adopted reforms on internal congressional operations, including staff.

On the day that the HDP delegation observed a plenary session, a resolution was adopted by the President and Board of Directors of the Guatemalan Congress which welcomed the possibility of future cooperation with the U.S. Congress. That recommendation, and the information gleaned from the assessment, will now be considered by HDP in determining whether or not to formalize such a legislative partnership.

Twenty years after the civil war ended in 1996, the challenges to reform and progress in Guatemala are vast. Those who have profited under the old system have not gone away, and are resisting further reform. Guatemala is a rich country of natural beauty, abundant resources, and tourist potential. But the systemic corruption, high levels of social exclusion, low levels of political participation and destitute poverty are major obstacles. Malnutrition levels are comparable to those of the poorest nations. According to a March 14, 2016 report from the Bureau of Diplomatic Security of the U.S. Department of State: “Guatemala has one of the highest violent crime rates in Central America and is rated in the top 25 most dangerous places to live in the world. Violent crime is attributed to endemic poverty, an abundance of weapons, a legacy of societal violence, and overwhelmed and inactive law enforcement and judicial systems.”

Despite these obstacles, the hope for reform, economic progress and democratic strengthening in Guatemala is palpable. The Attorney General is aggressively pursuing court cases against corrupt officials. The electoral tribunal has accomplished initial reforms and is pursuing still more initiatives. The Guatemalan Congress has adopted at least four major reform laws in 2016 alone. A constitutional reform referendum is likely to be held within the coming year. But most importantly, Guatemala’s citizens are engaged and watching. That factor alone will be the single greatest determinant in whether Guatemala’s successful transition will continue.

For the past decade, the House Democracy Partnership has engaged in peer-to-peer cooperation to build technical expertise in legislatures around the world that are in the process of deepening their democratic development. HDP helps legislatures enhance their accountability, increase transparency, expand public access to information, and increase government oversight. Both NDI and IRI provide support to HDP in implementing its legislative strengthening programs. Fortunately, each organization has long-standing and deep expertise in Guatemala.

Since 2010, NDI has been implementing programs to provide support to the Guatemalan Congress to improve the political and electoral system and to strengthen the transparency and effectiveness of the legislature. Over many years, NDI has provided technical support for domestic election observation teams, including in the 2015 election. Given the history of violence, gangs, and access to weapons, NDI has been working to increase citizen security throughout the region. Supporting inclusive political participation is a fundamental aspect of all NDI programming. A key component of NDI’s work in Guatemala is to increase inclusion of marginalized groups such as indigenous peoples, the LGBTI community and women in the electoral process. With these tools, NDI will continue to provide technical expertise to help the Guatemalan people and its institutions continue progress toward reform and democratic strengthening.