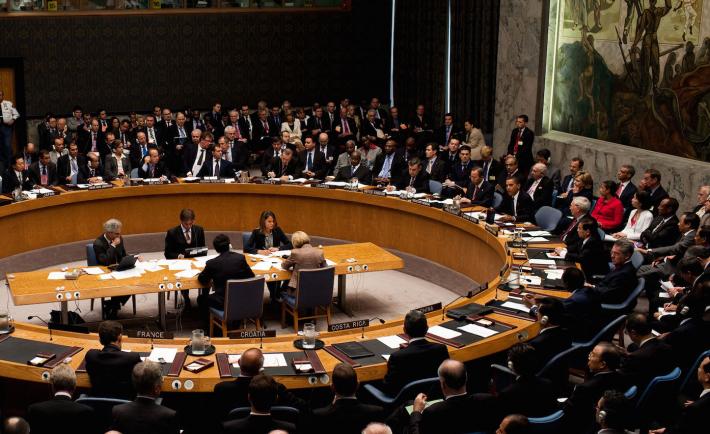 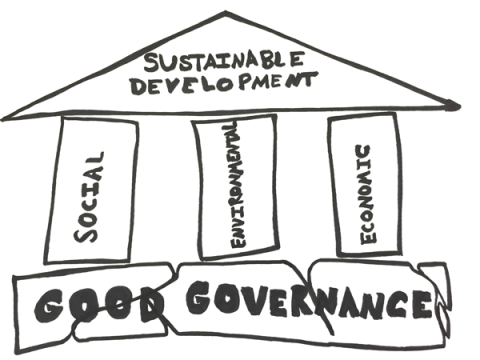 The Three Pillars of Sustainable Development and Good Governance

With the Millennium Development Goals (MDGs) set to expire this year, attention is turning to a new priority - Sustainable Development Goals (SDG), which are being negotiated now and are scheduled to be adopted in late September.

As the world contemplates this new agenda, good governance needs to be a priority.

Sustainable development is often described as consisting of three pillars – social, environmental and economic – but this model lacks a key ingredient for sustainability: good governance. It has been widely recognized that the MDGs did not place enough focus on governance. They did not have a goal on governance, and the only goal that came close, MDG eight, made a vague pronouncement about creating a “global partnership for development.”

Conflict or public health disasters can quickly erode development gains in the absence of good governance. As Foreign Policy noted in August, the Ebola epidemic is more than just a problem of health care, it’s a crisis of governance. And while international humanitarian relief efforts are necessary, there will be no long-term development without strong local institutions.

The Open Working Group document states: “Good governance and the rule of law at the national and international levels are essential for sustained, inclusive and equitable economic growth, sustainable development and the eradication of poverty and hunger.”

Moon’s Synthesis Report echoes the Open Working Group, stating that the member states will have to “fill key sustainable development gaps left by the MDGs,” including “strengthening effective, accountable, participatory and inclusive governance.”

But these statement may prove to be mere lip service against the backdrop of what Thomas Carothers, vice president for studies at the Carnegie Endowment, describes as the “weakened commitment by the United States and other established democracies to making democracy support a foreign-policy priority.”

The international community must prioritize good governance as the foundation of the pillars of sustainable development. Goals 16 and 17 of the Open Working Group’s outcome document are a promising move in that direction, but governance is still at risk of being sidelined. The Sustainable Development Solutions Network has proposed a set of indicators to go along with the goals, but the indicators for governance could be strengthened.

As UN negotiators meet this year to finalize the SDGs, they should keep in mind three considerations to ensure that good governance is implemented as a core component of the goals: