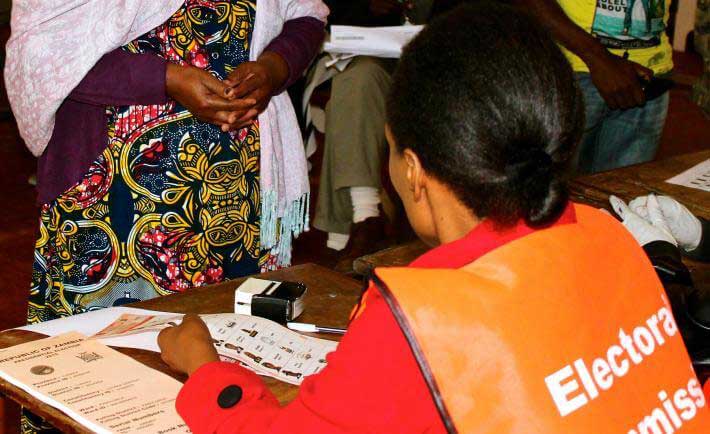 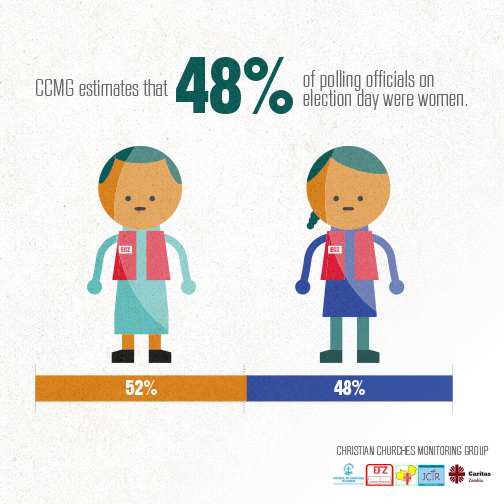 Presenting the analysis of election day observation to the right audience is a critical component of citizen monitoring organizations’ outreach strategies, and one of which NDI has provided technical assistance to partners on for decades. In some countries where NDI works, Facebook has become synonymous with the Internet, and the use of Facebook for election day outreach has become an increasingly useful tool for communicating with certain audiences.

During January’s snap presidential election in Zambia, the Christian Churches Monitoring Group (CCMG) was able to combine Facebook-optimized infographics that showed the findings of their PVT with targeted advertising campaigns to broaden their organization’s digital footprint in a very narrow timeframe.

Facebook estimates that there are roughly 900 thousand users in Zambia (for reference, there are about 4.2 million in Kenya and around 900 thousand in Zimbabwe) so the potential audience was limited, but is disproportionately under thirty five years old (76%). This is a critical demographic for communicating competitive election information. By contrast, two of the three largest newspapers have print circulations of 29,000 and 25,000, while the largest is estimated at 40,000, according to EISA.

It's important to note that CSOs should also have a wider strategy for targeting messages to critical stakeholders (candidates, political parties, the election commission, etc.) that emphasize more lengthy, deeper communication. Reaching these critical audiences with PVT information, when paired with a targeted public outreach strategy like CCMG's, can be an effective approach to both deep and wide communication of election-related data analysis.

One of the first goals of the CCMG Facebook strategy was to build a solid local base. Advertising for both the CCMG page and subsequent posts were targeted at Zambian men and women with interests in elections, politics and social issues (these interests are determined by the kind of content users themselves share, links they've clicked or self-proclaimed on their profiles). This led to 98% of fans of the page being from Zambia and hopefully interested in the kind of content CCMG was producing. 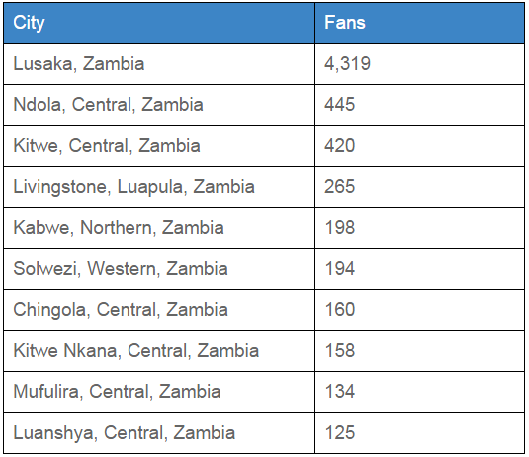 (Facebook determines location of fans is by their self-reported city/country and metadata gleaned from IP addresses and mobile use.)

With a solid base established, CCMG was in a good place to communicate the really important information: PVT process and results data. As is common with most election outreach efforts, the high point of users associating with the page were the days immediately following election day. The chart below shows how many likes were received over time, with the apex on the 21st at 2,509. 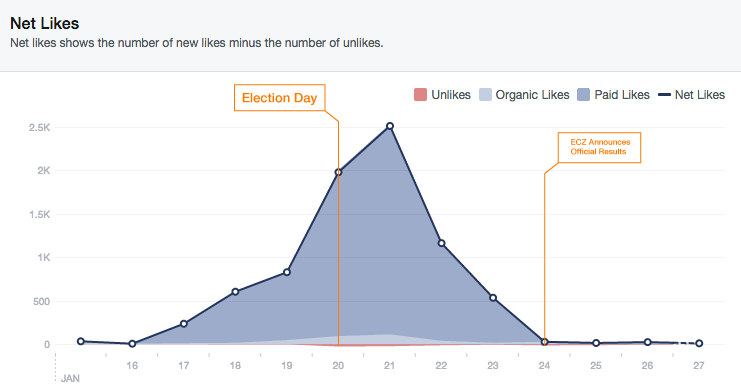 Facebook posts gain more traction as users engage with them (“organic impressions” in techspeak) and from the 20th onwards, CCMG’s posts were seen by an average 3,900 people, nearly all of whom were Zambians. Two posts were also reshared by the Zambia Daily Mail, the country’s largest newspaper. 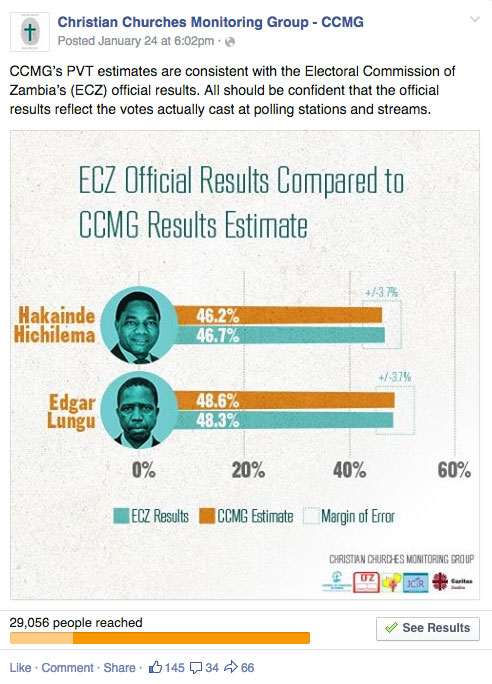 One of the most effective components to the entire Facebook outreach strategy, though, was distribution of the results information. The results estimate infographic was one of the most popular pieces of CCMG Facebook content and the CCMG PVT results reached over 28,000 people, many of whom shared and commented on it. As everything CCMG wanted to communicate is presented in the post title and corresponding image, the desired metric for this results post was just to get it in front of people’s eyes by appearing in their news feed (an ‘impression’). 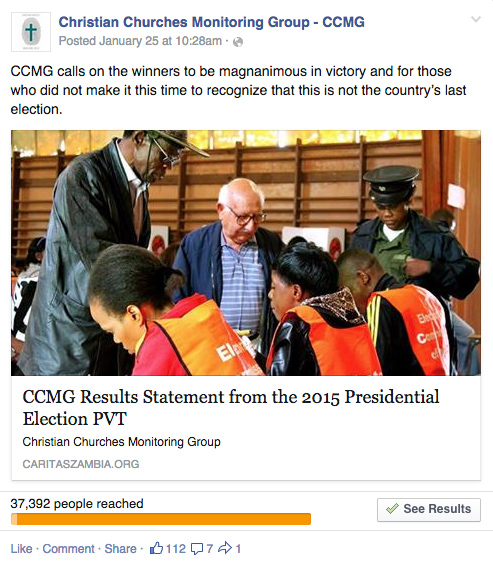 The official results statement was also promoted and reached over 37,000 people. It was the most distributed piece of CCMG content during the election. While many of these two audiences (results infographic and statement) may overlap, this kind of message dissemination is outstanding for a civil society organization working on an election program. Facebook's data-driven advertising, while not 100% precise, does provide confidence that tens of thousands of tech-connected and politically-minded Zambians saw the CCMG PVT results, many of whom saw the post from an interaction of one of their friends (~4,700 people).

In all, under $400 was spent promoting both the page and posts, and CCMG content got in front of over 159,000 people's eyes (combined). Without advertising posts, CCMG content was seen by around 300 people on average. The group spent $7.25 on advertising the results graph and $22 to publicize the PVT statement which was then seen by over 37,000 people.

For under $30, CCMG was able to get the same type of reach as some of the largest print newspapers in the country.

CCMG’s creation of visual content and effective use of Facebook advertising to get their PVT’s message to the provides another useful example of the way civil society organizations around the world have adapted to make their message heard in an increasingly digital world.